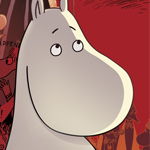 Believe it or not, The Moomins are back in the news again. The popular Scandinavian brand created by Tove Jansson in the 1940s, will be featured in a new animated feature titled Moomins on the Riviera. Co-produced by Hanna Hemila (Handle Productions, Helsinki) and Xavier Picard (Pictak, Pari), the new movie has been picked up by Indie Sales and will be presented at the Toronto Film Festival and Market this week. The film will be sold by Indie Sales worldwide except Scandinavia, where it’s handled by Nordisk Film and France (Gebeka).

Moomins on the Riviera will be directed by Xavier Picard (The Bots Master, Conan: The Adventurer, Odd Family).

“We’re thrilled to be working with Indie Sales on the international distribution of the movie. Nicolas Eschbach’s market savoir-faire, as well as his understanding and appreciation for the Moomins will be an important factor in the international success of our film.”

Slated for a mid 2014 release, the movies finds the entire Moomin clan on a hilarious adventure on the glamorous Riviera.

According to the official synopsis, “Snorkmaiden is dazzled by the attention of a playboy, leading to Moomin discovering that jealousy’s sting can be terribly painful. When Moominpappa befriends an aristocrat and adopts the name ‘de Moomin’, an exasperated Moominmamma retires to the relative calm of their trusty old boat, to wait for her family to come to their senses. For the very first time, the unity of the Moomins is threatened!”

Jansson’s popular magical characters (which resemble a cross between a white hippo and a blob) have been the basis of several TV series (one debuted in 1969 and the reboot was in the 1990s) and features in the past few decades. In 2010, director Maria Lindberg and producer Tom Carpelan of Finland’s Oy Filmkompaniet delivered the stop-motion feature Moomins and the Comet Chase, which was narrated by none other than Max Von Sydow and voiced by Stellan Skarsgard, Alexander Skarsgard and Mads Mikkelsen. 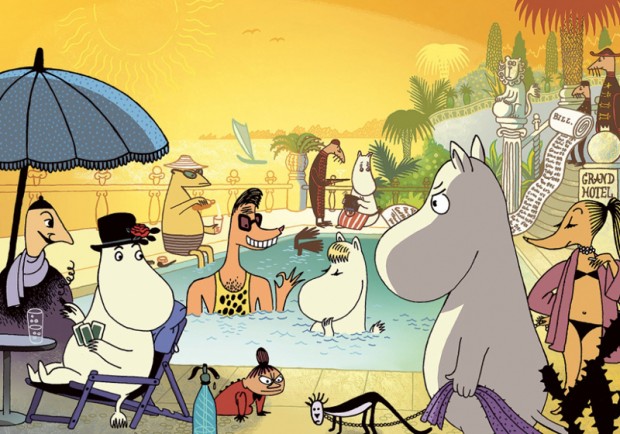