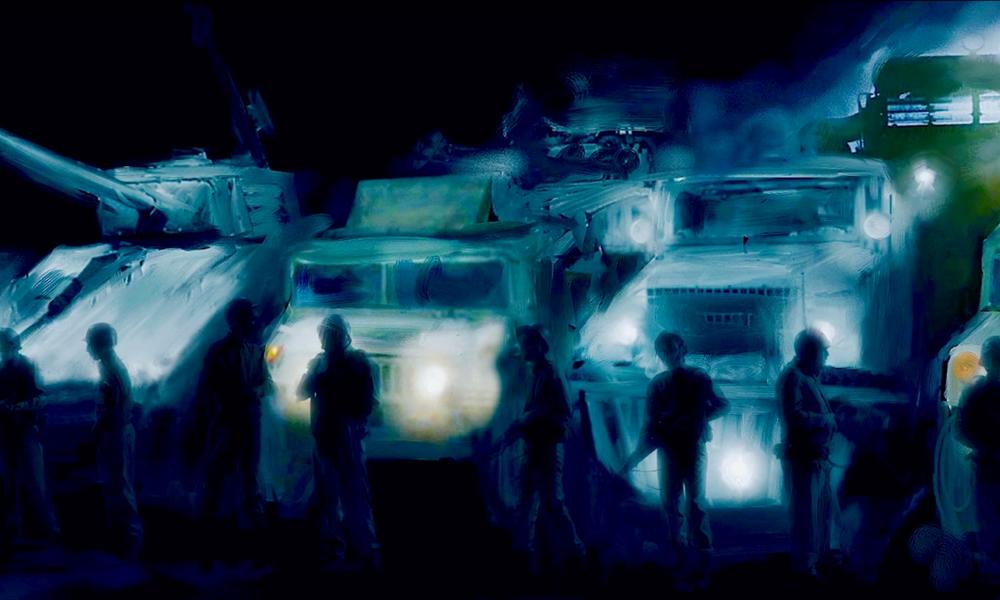 The frequent partnership between animation and historical documentary has found a new expression in Coup 53 — an award-winning documentary releasing August 19 which relates he covert action of the CIA and MI6 in Iran in 1953 to successfully overthrow the democratically elected Iranian leader, Mohammad Mossadegh, in order to regain U.S.-U.K. control of oil.

One of the most striking visual elements of the film, the series of dramatic animated sequences are crafted with an aesthetic reminiscent of front line paintings of the 20th century. These scenes serve the documentary by bringing to life witnesses accounts of the unrest where little or no footage exists. 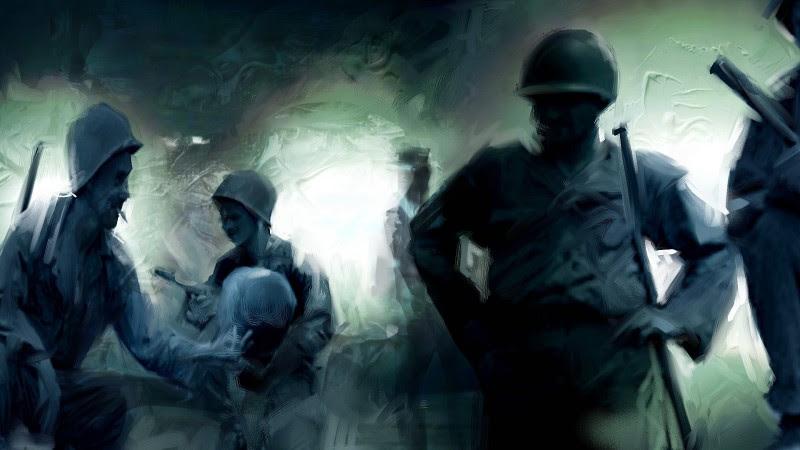 “The Coup 53 painterly animation was about dramatizing recollections of the traumatic events of the 1953 Coup,” Pick explained. “Contemporary painters I looked at were those who deal with memory or history such as Gerhard Richter, Luc Tuymans and Peter Doig. Where images often from a film or photographic source are worked up with oil paint to evoke a sense of a real memory struggling to focus and coalesce within the medium. This captured the subjective nature of the reminiscences. The thick, rich paint impasto and dynamic, forceful brushstrokes of artists such as Frank Auerbach and Frank Kline were referenced to expressionistically visualize the tumultuous violence of these events.”

To create the sequences, Pick first created an extensive color storyboard from which he directed live-action reenactments, utilizing greenscreen footage and mobile phone shots. The digital images were then “smeared” to resemble wet oil paint, and integrated with real paint texture. Finally, the animation was finished with frame-by-frame digital painting completely but a select group of artists. 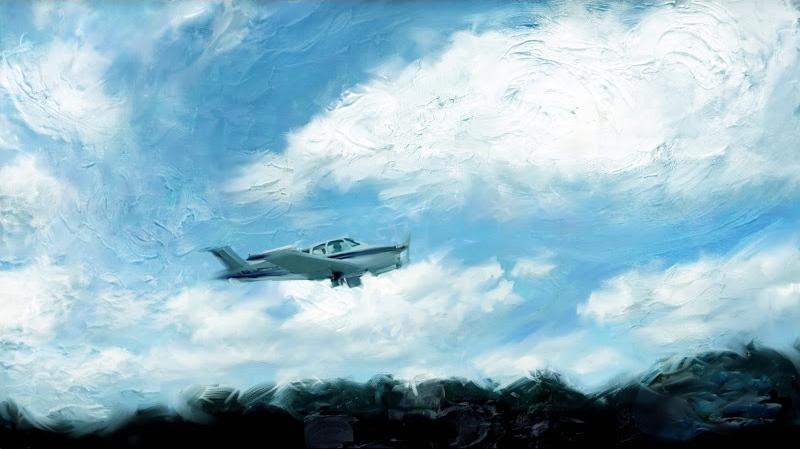 Pick shot the footage on multi-camera, a novel technique for animation which gave editor Murch plenty of coverage and options for cutting the vibrant sequences into the documentary. Cross-cutting and handheld camera movement helped to create a sense of tossing in the tumult of the coup’s street violence. The final digital paint stage enhanced the intensity of movement and texture.

“We didn’t want the animation to be a literal graphic representation of events. We wanted another-worldly feel, more like flashes of an emotional memory,” said director Amirani. “Our animation director Martyn Pick and his team surpassed all our expectations with their beautiful work.” 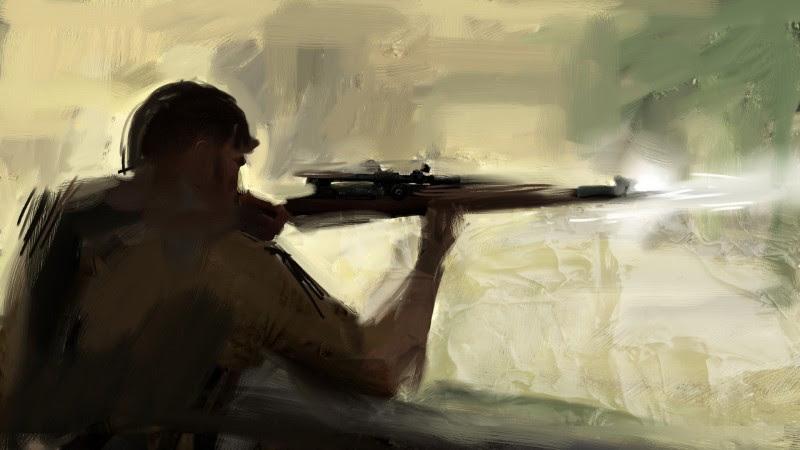 Martyn Pick is a filmmaker and artist recognized for a distinctive fusion of live action, fine art and animation. In feature films, commercials and shorts he applies his fluid, cinematic storytelling working across pure live action, computer and hand-drawn animation. He directed the CGI action film Ultramarines: A Warhammer 40,000 Movie (2010) starring Terence Stamp, Sean Pertwee and John Hurt, The Age of Stupid (2009), Film London’s promo for the 2012 Olympics, BBC’s trailers for Euro 2004, Budweiser’s 2001 NBA commercial and the Channel 4 commissioned short Plaza (2000). In CGI he has developed a U.K./Chinese animated franchise and was head of story & voice director on 40 episodes of Robozuna (Netflix/ITV). He has also illustrated the books Witchcraft and Beowulf for Penguin,bringing his art style to publishing, and recently finished directing the live-action horror feature Heckle. Pick studied Film and Fine Art at Saint Martins School of Art. 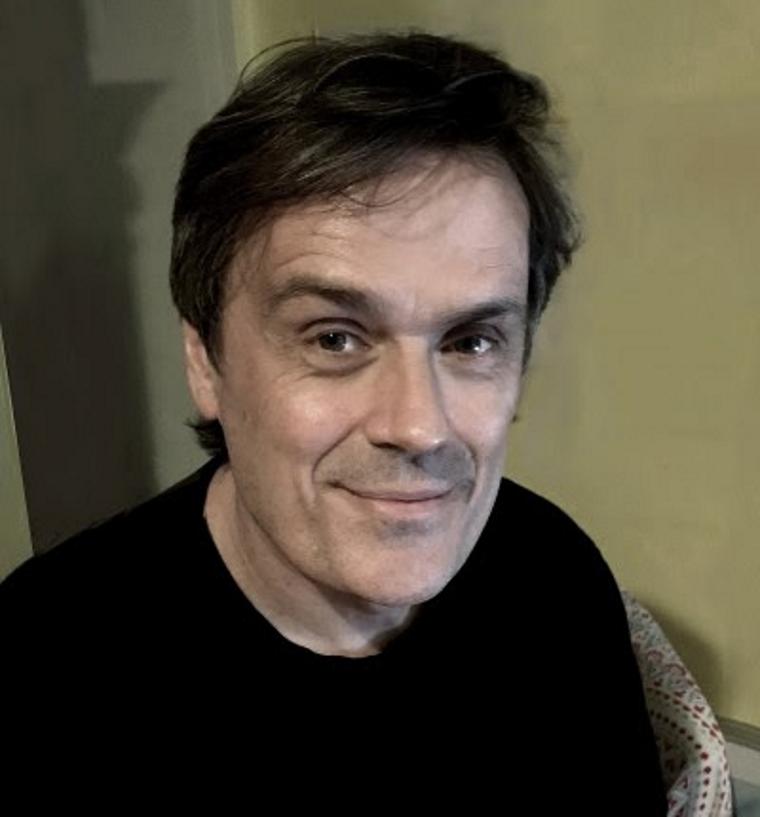