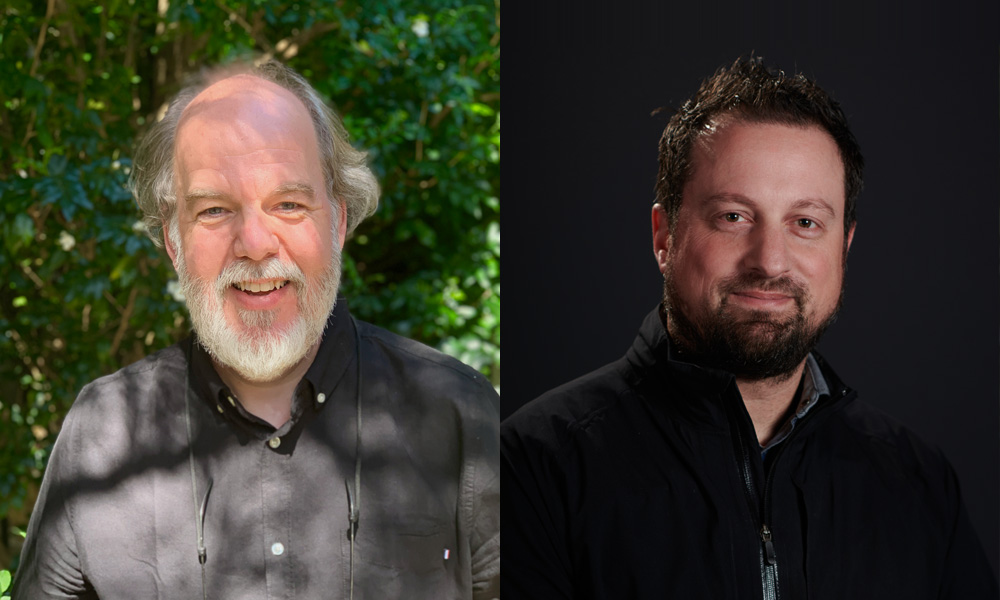 Industrial Light & Magic announced today that Rob Coleman has rejoined the company as a Key Creative for Feature Animation at ILM’s Sydney studio, building on 35 years of craftsmanship, innovation and leadership in visual effects and animation. ILM is also announcing the return of Randal Shore, who will be rejoining the company’s Vancouver studio as an Executive Producer in Feature Animation.

Both Coleman and Shore are joining at a crucial chapter of innovation at Industrial Light & Magic, overseen by Janet Lewin as Senior Vice President and General Manager, alongside Rob Bredow, Senior Vice President and Chief Creative Officer. With the recent expansion of ILM’s virtual production and StageCraft technology, as well as the accelerated growth of the company’s studios around the world, they could not be arriving at a better time.

“Rob Coleman has a long history at Industrial Light & Magic, having worked alongside George Lucas on the prequel trilogy and Dave Filoni on The Clone Wars,” said Bredow. “With a 35-year tenure in the industry, he is a terrific mentor and powerhouse animation supervisor, with endless enthusiasm for the craft. In his new role, he will continue to deliver the unparalleled creativity that has continued to define him as a leader. Rob’s many years of creative supervision in animation make him the ideal fit for our upcoming projects, rejoining us at the perfect time as we work on multiple animated features in addition to a large number of visual effects shows. I’m so happy Rob is back — he typifies the best of what we do here at ILM.”

Coleman has had a long and celebrated history at ILM as an animation supervisor before focusing on work within Lucasfilm Animation. He was twice nominated for the Academy Award for his work on Attack of the Clones and The Phantom Menace, and received two BAFTA Awards for his work on Men In Black and The Phantom Menace. Prior to this, Coleman worked as an animator on projects such as The Mask, The Indian in the Cupboard and Dragonheart to name a few. He moved to Lucasfilm Animation in 2005, providing development leadership on Star Wars: The Clone Wars.

Most recently, Coleman worked as an animation director at Dr. D Studios on Happy Feet Two and as Head of Animation at Animal Logic, supporting The LEGO Movie, The LEGO Batman Movie and Peter Rabbit.

“I could not be more excited or humbled to be back at ILM,” said Coleman. “In my time in animation, I’ve been lucky enough to work on some truly industry-defining films, but the pipeline of projects that ILM has ahead of it is exhilarating, and I’m thrilled to be a part of it.”

During his tenure at Industrial Light & Magic, Randal Shore was the Executive in Charge of ILM’s Vancouver studio, playing an instrumental role in both launching the studio and managing its growth over the years, as well as providing executive leadership on No Time to Die, Jungle Cruise, Black Widow and The Mandalorian.

Prior to joining ILM, Shore held high-level positions at two other Canadian visual effects houses: The Moving Picture Company (MPC) and Prime Focus. At MPC, Randal was Head of Production overseeing films such as Life of Pi, which was awarded the Oscar for Outstanding Achievement in Visual Effects in 2013. During his tenure at Prime Focus as Executive Producer, he oversaw the company’s expansion from 45 artists to over 150, and worked on such films as Tree of Life and TRON: Legacy. Most recently, Shore was Head of Production for Tangent Animation, where he oversaw the upcoming Maya and the Three for Netflix, bringing him back to his creative roots of producing animation.

“Every project Randal oversees benefits from his collaborative stewardship, and we’re thrilled that his journey has brought him back home to ILM,” said Janet Lewin, ILM’s SVP and GM. “Randal’s wide breadth of executive leadership and animation experience make him the perfect person to step into this new role. He will be developing and growing our Feature Animation strategy while partnering with our clients to guide their projects through to completion.”

With Coleman’s and Shore’s return to ILM, they will both play a key role in the company’s continued push into animation.

“I am absolutely thrilled to be back at Industrial Light & Magic,” said Shore. “We have some incredible feature animation projects in production, and I’m looking forward to both expanding our portfolio, and leveraging our best-in-class global studios.”