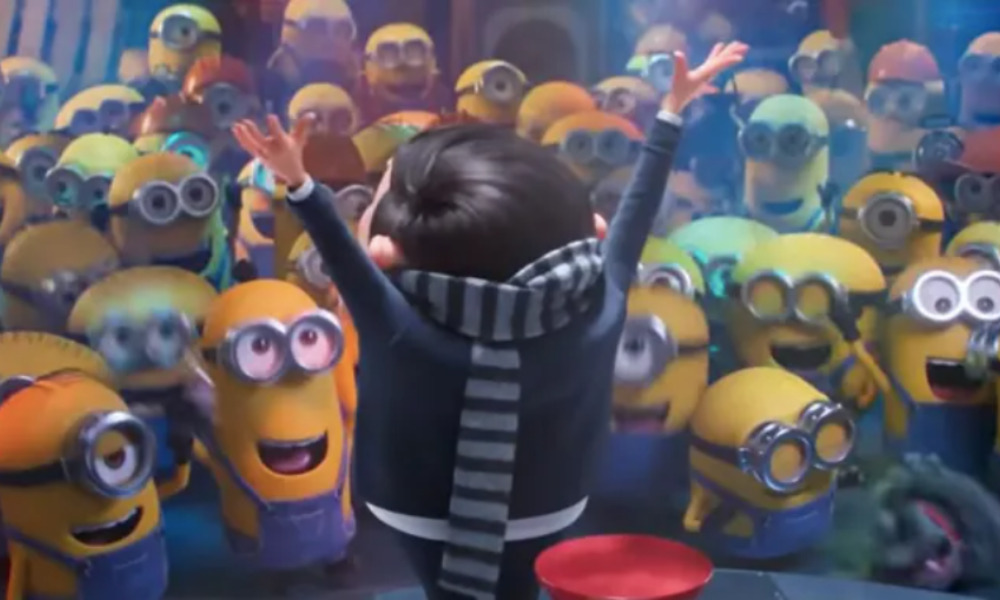 Illumination's "Minions: The Rise of Gru" is estimated to have a $200 million plus weekend worldwide.

C’est bananas! Universal/Illumination’s Minions: The Rise of Gru proved to be a big triumph at the box office with a four-day opening record of $125.1 million. The movie had the best-ever Friday opening for an Illumination movie with a $48.1 million total, as well as the best preview night since the pandemic with a $10.8 million Thursday.

Overseas, the movie is also doing gangbusters. Deadline reports that the worldwide total through Sunday is estimated to be around $218.96 million, with the overseas take being around $93.77 million. The fifth movie in the Despicable Me franchise is now playing in 61 territories outside the U.S.

The movie has also been performing extremely well on social media. The Tiktok “Minions in Suit” challenge has taken off in a big way. According to RelishMix social media analytics,  the movie attracted a 685.5 million awareness across Facebook, Twitter, YouTube, Instagram, and TikTok before the opening of Rise of Gru, which is 73% ahead of Lightyear and Incredibles 2.

You can find out what critics are saying about the movie here:

Congrats to Illumination boss Chris Meledandri and his team for delivering another big  worldwide winner at the box office!

You may also like...
Related Topics:Chris Meledandri, Despicable Me, featured, Illumination, Minions: The Rise of Gru, Universal
Geographic Region:North America

A Look Back at 35 Years of Goofballs, Weirdos, Rebels and Smart-Ass Kids
Apple Original ‘Duck & Goose,’ Pomann Sound Design and My Daughter’s Diapers