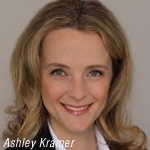 Illumination Entertainment is adding to its executive ranks in preparation for an increase in its output of animated features, reports Deadline.com.

The studio behind last year’s animated hit Despicable Me and the upcoming animation/live-action hybrid comedy Hop has added Ashley Kramer as executive VP of production and Gail Harrison as head of creative marketing.

Illumination chief Chris Meledandri — a former executive at Fox Animation who worked with Blue Sky Studios on the Ice Age features — told the site he expects to release two films per year starting next year or in 2013. In addition to Hop, due out April 1, Illumination has casting in place for an animated version of Dr. Seuss’ The Lorax and a sequel to Despicable Me in the works.

“It was time to properly scale the company and begin to solidify the team that will lead us as we move forward,” Meledandri told Deadline. “With our output rising from our current schedule of one movie per year, it became imperative that we supplement the staff with additional key executives who can help the company grow. These two new hires are the first of a few key positions we will be filling.”

Meledandri explained the addition of Kramer shows Illumination will acquire more projects, but not that many, with a target of three to five projects bought for each one made.

The increase in output also will see Illumination look beyond 3D CG-animation. “We can’t make two fully animated films year in and out; we’re not set up to do it and the films are too work-intensive,” Meledandri said. “We’ll get to our two pictures per year target from all sources combined. That means one could be stop-motion, a hybrid, or live action that bolsters our steady flow of fully animated films.”

Kramer previously was head of production at Bill Mechanic’s Pandemonium, and started her career at Fox 2000 under Laura Ziskin and Elizabeth Gabler. Harrison previously was a VP of creative at 20th Century Fox, where she oversaw marketing for Blue Sky Studios, which Meledandri supervised for years.