An overall strong year for Disney did little to quell questions at the company’s annual shareholders’ meeting this week, including the future of 2D animated features.

When asked about the future of 2D animation on the big screen, CEO and Chairman Bob Iger said:

“To my knowledge we’re not developing a 2D or hand drawn feature animated film right now. There is a fair amount of activity going on in hand drawn animation but it’s largely for television at this point. We’re not necessarily ruling out the possibility [of] a feature but there isn’t any in development at the company at the moment.”

The company’s most recent attempts at 2D animated features have included Winnie the Pooh and The Princess and the Frog, which earned worldwide grosses of $33 million and $267 million, respectively. Both come up short against the success of the studio’s CG-animated features, such as Tangled, which earned $590 million in worldwide ticket sales, and Wreck-It Ralph, which posted $435 million.

The meeting also saw a failed attempt by a vocal group of shareholders to split the CEO and chairman titles now held by Iger into two jobs.

Iger also unveiled the first images of the Shanghai Disneyland resort, set to open in 2015. 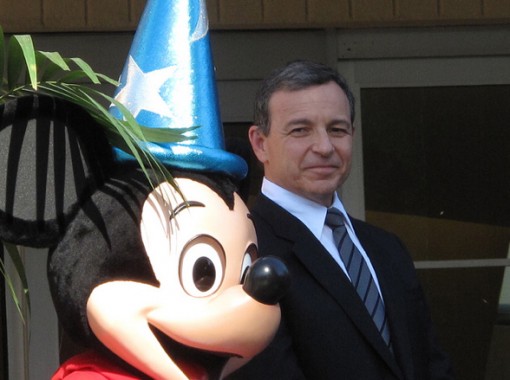 You may also like...
Related Topics:Bob Iger, Disney, Disneyland, Tangled, The Princess and the Frog, Winnie the Pooh, Wreck-It Ralph