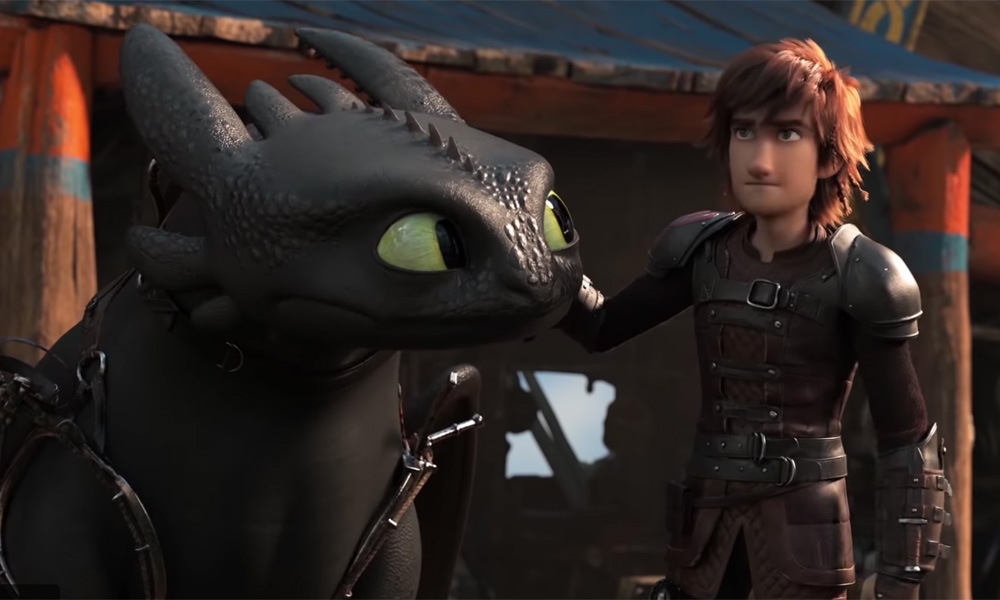 DreamWorks Animation has released a new trailer for How to Train Your Dragon: The Hidden World — the highly anticipated third installment of the global hit franchise, taking wing in theaters on February 22. The new spot sets up the mythology of the secret realm of the dragons and gives a look at the high stakes faced by Hiccup and his riders when a new threat sails over the horizon.

Director Dean DeBlois returns to write and helm this latest adventure, based on the books by Cressida Cowell, ad does the all-star cast lead by Jay Baruchel as Hiccup, America Ferrera, Cate Blanchett, Kit Harington, Craig Ferguson, and F. Murray Abraham as their new foe. Brad Lewis (Ratatouille) and Bonnie Arnold (Toy Story, How to Train Your Dragon films) are producers.

Synopsis: Now chief and ruler of Berk alongside Astrid, Hiccup has created a gloriously chaotic dragon utopia. When the sudden appearance of a female Light Fury coincides with the darkest threat their village has ever faced, Hiccup and Toothless must leave the only home they’ve known and journey to a hidden world thought only to exist in myth. As their true destinies are revealed, dragon and rider will fight together — to the very ends of the Earth — to protect everything they’ve grown to treasure.