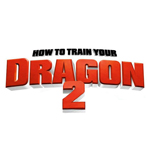 How to Train Your Dragon 2 fans got an extra treat on Friday as the trailer for the much-anticipated sequel from DreamWorks Animation became available online. The 3-D pic, which is written and directed by Dean DeBlois and produced by Bonnie Arnold and Chris Sanders will arrive in theaters on June 20, 2014.

Based on the original series by Cressida Cowell, this second chapter of the trilogy features the voices of Jay Baruchel, Gerard Butler, Craig Ferguson, America Ferrera, Jonah Hill, T.J. Miller, Kristen Wiig and Christopher Mintz-Plasse, who also participated in the first movie. The original 2010 pic was a huge critical and box office hit and made $494.9 million worldwide. It was nominated for two Academy Awards.

The sequel will take place five years after the first feature and will center on Hiccup and his friends in their late teens.

“At the end of last film, all these Vikings who were previously somewhat landlocked are now on the backs of dragons so the entire Northern Hemisphere opens up to them,” says DeBlois. “And with that Hiccup’s curiosity increases, the map expands and inevitably they are going to come across new dragons, new cultures.”

Hiccup then discovers a larger conflict brewing between humans and dragons and he finds himself at the center of it.

Here is the soaring trailer: