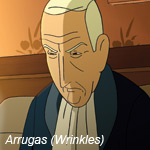 Director Ignacio Ferreras discusses the joys and challenges of adapting the graphic novel Arrugas (Wrinkles) into a 2D animated film.

First-time reactions of audiences to an animated movie can be very telling. Just ask Spanish director Ignacio Ferreras, who is getting a lot of attention this year because of his acclaimed feature Arrugas (Wrinkles).

“The first time we showed the film to check the final mix, the husband of a member of the team who hadn’t seen it before began to cry halfway through the screening,” recalls Ferreras. “We thought he was having a bad allergic reaction to the air-conditioning in the room. When the film finished, he was crying so hard that he had to excuse himself and leave the room. It turned out that this grandmother had Alzheimer’s, and his wife told me that in 10 years of marriage, this was the first time she had seen him crying.” 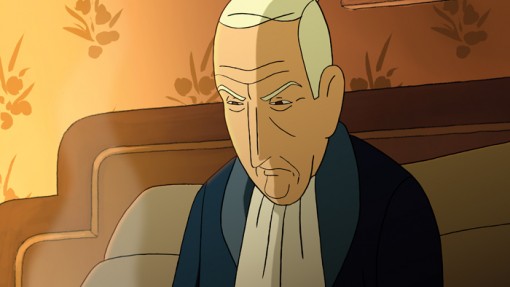 It’s a testament to the power of Ferreras’ poignant movie that audiences around the world are responding so passionately to this wonderful new film, which is based on a graphic novel by Paco Roca. Produced by Spanish studios Perro Verde and Cromosoma, Arrugas centers on the friendship between two senior citizens at a retirement home. It’s a beautiful, traditionally animated work that doesn’t need noisy CG razzle dazzle to touch the heart and inspire the soul.

Ferreras tells Animation Magazine that he has been quite moved by the response of the relatives of people who suffer from Alzheimer’s to the movie.

“Other people have approached me with similar stories which have been, I don’t know, using the word ‘humbling’ sounds pretentious but I can’t think of another one,” he admits. “It’s also been very good to have had both old people and young people coming up to say that they  really liked the movie, because that’s another big concern when you are making a movie set mainly in a care home, whether old people will find it patronizing and young people will find it uninteresting; so it’s been a relief to see that it connects well with people from very different age groups.” 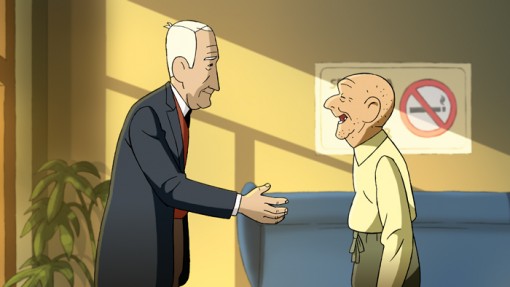 The helmer first learned about Roca’s graphic novel after veteran producer and Perro Verde Films CEO Manuel Cristobal (The Living Forest, The Missing Lynx) brought it to his attention. He says the book struck a chord with him because it dealt with a very difficult subject matter in a very honest way and did an incredible job of walking that fine line between a work of fiction and a fact-based graphic novel. “The book starts off from Roca’s personal experiences, but in addition to that he researched the subject very thoroughly,” explains Ferreras. “He went out to care homes, talked to the people there and listened to their stories. That’s why there’s a sense of reality that comes across in the book and makes the movie special.”

From the get go, the producers knew that the movie had to be animated in 2D.

“I don’t think we even had a proper discussion about it, because it was self-evident that this had to be a 2D film,” says the director. “It was the only way to remain close to the original look of the graphic novel, and I think 2D animation works much better than CGI for a dramatic story such as this, particularly when the budget is small, and you know that the animation is going to be limited.” 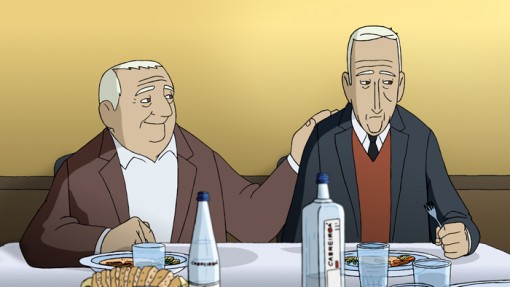 Working with a 2 million euro (2.7 million dollars) budget, the film’s animation was mainly produced in Spain by the 12 Pingüinos studio and in the Philippines by Wayne Dearing and his team at Top Draw Animation. The project’s few CG elements were handled by Barcelona-based Digital 360. All told, about 200 people worked on the film from start to finish.

Ferreras and Cristobal wanted to make a small film so that they could have the creative freedom to stay true to the original text. Ferreras had one non-negotiable condition:

“I had to do the entire storyboard and animatic myself and that I would have the freedom to change the script as much as I needed during that process, so that the film could grow organically from the storyboarding process,” says the helmer. “That of course created a series of logistical challenges: we had to fit a one-year-long storyboarding process into a two-year-long production. Efficient communication was also crucial because I was working mainly from my home in Scotland, together with my wife and co-scriptwriter Rosanna Cecchini, while the rest of the production team and the other two co-scriptwriters were spread between five different Spanish cities, the Philippines and Berlin.” 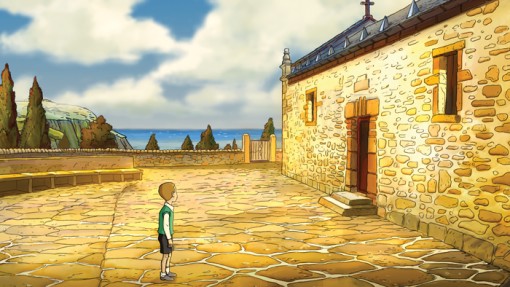 It’s ironic that Spanish-born Ferreras, who has worked on the TV series Rugrats and the features Joseph: King of Dreams and Asterix and the Vikings and is well known for his 2002 short How to Cope with Death, had never worked on a Spanish production himself.

“My first job was actually in L.A., doing storyboards for Klasky Csupo, so I didn’t know much about animation in Spain,” he recalls. “In general terms, I think the key challenge for European animation is the lack of audiences for European animated films. To be perfectly honest, one reason is that a lot of these films have been quite bad. It isn’t that there aren’t a lot of talented people in Europe, but that the way we tend to go about making those films is flawed: We’ve been trying to follow American production methods that aren’t suited to the reality of European markets and funding for too long. Even worse, you often see European films which try to imitate American characters and storylines. A lot of European animation is trying to be ‘counterfeit’ American movies and I don’t think that works.”

Moving from what doesn’t work to what does, the director pinpoints the reason why Arrugas has been able to find such a following worldwide. “Old age is something that affects us all but it’s not often treated in film. I think another key to the positive reactions is that even though the film deals with subjects like Alzheimer’s and care homes, it’s really about the friendship between the two main characters, Emilio and Miguel. It’s not a film about a disease but a film about a friendship, and about how that friendship is possible and necessary for both characters, despite the disease.” 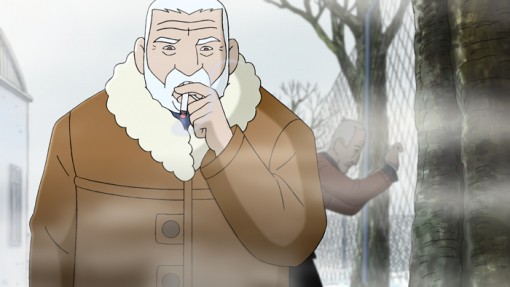 Ask Ferreras to name some of his favorite movies, and he will be happy to provide a great list of cinematic influence. “My animation references are mainly Japanese: Isao Takahata and Hayao Miyazaki, and also Satoshi Kon, whose early death last year was a really tragic loss. I’m also a fan of Masaaki Yuasa (Mindgame) and Mamoru Hosoda (The Girl Who Leapt Through Time). Outside Japan I really like the work of Sylvain Chomet and Brad Bird. And Chuck Jones, of course.”

He says he also tends to watch a lot of live-action classics from masters of the art form; people like Akira Kurosawa, Stanley Kubrick, David Lean, Charlie Chaplin, William Wyler and Zhang Yimou.

“If I had to choose a favorite movie I think it would be Kurosawa’s Ikiru, although I also have a soft spot for Ron Underwood’s Tremors—It’s a perfect movie! People often think I’m joking when I say this, but I’m not.” 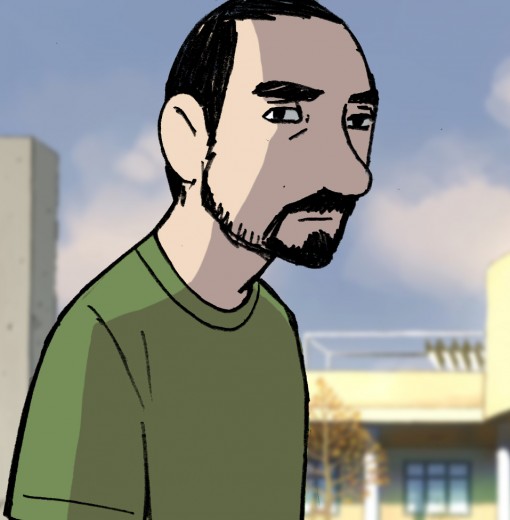 He’s also a fan of several classic Japanese animated shows, although he admits that he doesn’t actually own a TV set. “What I keep watching over and over again are Miyazaki’s Mirai Shounen Conan (Future Boy Conan) and Isao Takahata’s Heidi and 3000 Leagues in Search of Mother.”

According to Ferreras, it would be impossible to make a straight transliteration of a graphic novel into film, but it’s important to keep the main characters, story points and incidents.

“Above all, the intention is the same,” he says. “I always tried to stay as close to the graphic novel as possible and only made those changes that were necessary to make that story work as a film. Personally, I don’t like adaptations that stray too far from the original work. Well, with the exception of Spike Jonze’s Adaptation… but apart from that, if it’s not broken, don’t fix it.”

Arrugas is one of the 18 films qualified for the Best Animated Feature Oscar this year. For more info, visit www.arrugaslapelicula.com.

Haunted by the Past
One More Time with Feathers