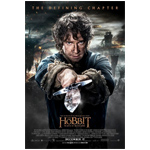 The visual-effects epics dominated the weekend box office in a relatively quiet week prior to the holiday surge The Hobbit: The Battle of the Five Armies is expected to bring next week.

The final installment in The Hobbit trilogy has opened in numerous overseas markets to $117 million in ticket sales. It opens in North America on Wednesday.

Ridley Scott’s Exodus: Gods and Kings topped an otherwise weak weekend with a $24.5 million domestic opening. Scott’s Bible-ish epic has sold $49.8 million in tickets overseas to give the film a $74.3 million opening.

Second place went to the strong performer The Hunger Games: Mockingjay — Part 1, which earned $13.2 million domestic in its fourth weekend of release. It’s earned $277 million domestic and $334 million abroad for a $611 total.

In third is DreamWorks Animation’s Penguins of Madagascar, selling $7.3 million in tickets domestically for a $58 million total after three weekends in release. The movie’s foreign take of $116 million gives it a strong $174 million worldwide tally.

Disney’s Big Hero 6 landed in fifth place, with a $6.1 million domestic weekend. After six weekends in play, the Marvel adaptation has earned $185 million domestic and $68 million foreign for a $253 million total. Many key foreign markets have still to come into play.

And in sixth place is Christopher Nolan’s Interstellar, which made $5.5 million in ticket sales this weekend. The film’s domestic total stands at $166 million and its foreign at $455 million for a $622 worldwide total. 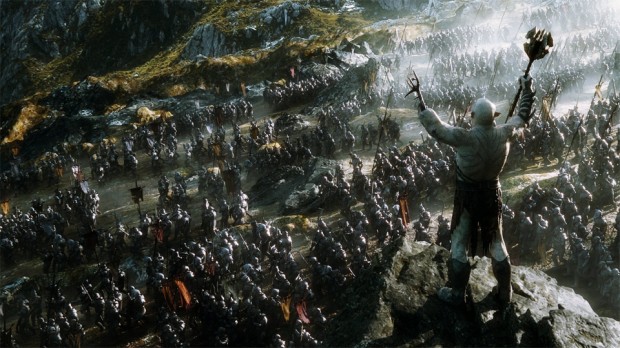