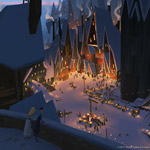 Netflix announced Friday that it has snatched up exclusive global rights for the upcoming animated family comedy, Klaus — the directorial debut for Despicable Me story writer and co-creator Sergio Pablos. Currently in production in Madrid, the Christmas caper centers on a postman desperately trying to bring the modern marvel of the postal system in a far-north town who accidentally creates a new holiday tradition.

The voice cast features Jason Schwartzman, Rashida Jones, J.K. Simmons and Joan Cusack. Pablos wrote the screenplay with Zach Lewis, and Jim Mahoney, based on an original story by Pablos. Klaus is due to debut globally in the 2019 holiday season.

“How is it possible there’s no story about the origin of Santa Claus? He’s one of the most well-known and loved characters in the world!” Pablos said in the announcement. “We felt this was a story that needed to be told and that there was no better way than with animation.”

(Have we forgotten already about 1970’s Santa Claus Is Coming to Town?)

Anyway, the new origin story of Santa is being co-produced by Pablos’ The SPA Studios and Atresmedia Cine, executive produced by Jinko Gotoh (The LEGO Movie Sequel, The Little Prince, The Illusionist, Finding Nemo) with a blend of traditional and state-of-the-art animation techniques such as interactive lighting and advanced texturing — Toon Boom’s Harmony division is providing strategic technological support. 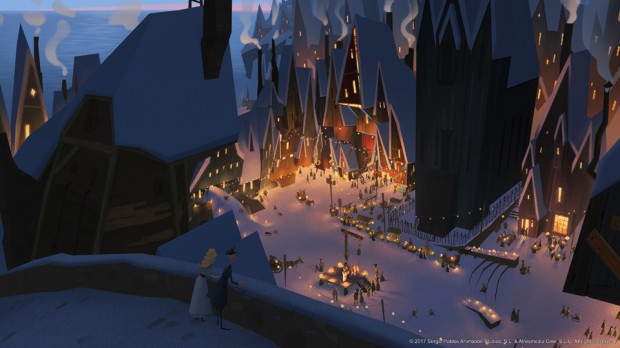