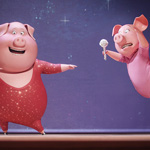 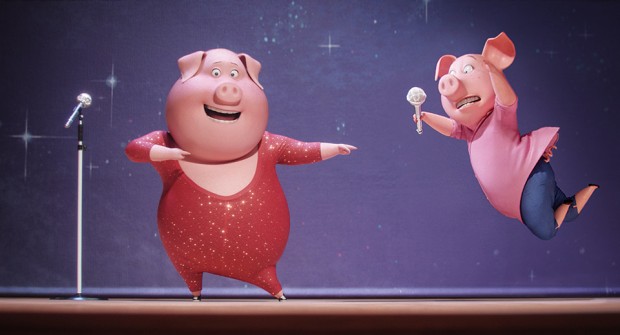 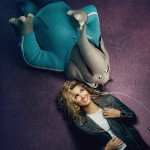 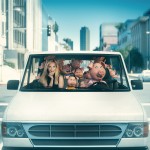 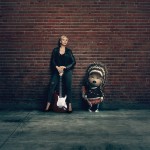 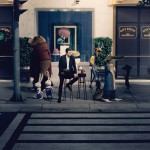 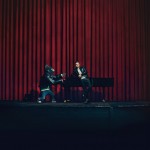 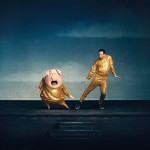 The journey is everything for the talent on screen and off in Illumination Entertainment’s heartfelt musical-competition comedy Sing.

Shows like The Voice and America’s Got Talent might look like competition shows on the surface. Yes, we tune in to see who can still sing or dance under the pressure of a national stage, but anyone who’s watched those shows long enough knows the real hook is the back story or “package” that shows the journey of each aspiring star from tryouts to the final phase of the contest. That — along with inspired, quirky animation — is the attraction at the heart of Sing, Illumination Entertainment’s new animated feature (and its second this year after The Secret Life of Pets), released Dec. 21 by Universal Studios.

Inspired by a conversation between Illumination chief Chris Meledandri and filmmaker Garth Jennings, Sing follows the lives of an overly optimistic koala named Buster Moon (Matthew McConaughey) who’s desperate to have success with his next show — an amateur singing competition with a hefty cash prize — and all the wishful singers who hope to leave their dull lives behind for a shot at their dreams of musical stardom. Among them: shy elephant Meena (Tori Kelly), who can’t summon the courage to sing with her full heart; Johnny, a tough-looking but sheepish gorilla (Taron Egerton), who winces at the thought of joining his father’s gang; Rosita, a pig (Reese Witherspoon) weighed down by raising a couple dozen baby piglets; and a group of girl bunnies that takes on the vibe of a Japanese pop group.

For Jennings, who directed many of the most-lauded Britpop music videos from the 1990s and the live-action films Son of Rambow and Hitchhiker’s Guide to the Galaxy — working in animation meant getting comfortable with a new pace of filmmaking.

“I think it was five years from the time Chris (Meledandri) and I first talked about the script for Sing to finishing (the film), so, yes, that’s quite a long time,” says Jennings. “But every day you’re working with all these incredible artists, looking at their amazing work each day, and that can be very addictive.”

The director decided early on that although the characters would be embodied as different animals, the world that they inhabited would not be modified to fit them. So when you see a tiny mouse or a little koala, they don’t drive a tiny car created to their scale, for example. All the creatures are working on a level playing field and walking into the same buildings and houses and using things like cars and buses to get around the city. The idea was to keep the focus on the story and the inner lives of the contestants rather than make it a movie about making a world that conforms and fits to each animal we see during the course of the story.

He also took inspiration from his own life and plugged it into the storytelling. For example, Buster draws on Jennings’ own optimism at being able to conquer any project and make it a huge success. Rosita, the housewife with a couple of dozen piglets at home, was a take on his wife.

“I’m not sure how she feels about being seen as a pig,” says Jennings. “But my wife stayed home with our four children and decided she wanted to do that and stop working for a while. So when she went back to work, she really questioned whether she still could do it, whether she could manage creative dreams and being a mum, or even whether it was too late after she’d stayed home a bit with her children.”

Character in the Details

Jennings worked with directors of animation Patrick Delage and Pierre Leduc and character designer Eric Guillon to take the cast of characters — all animals with more human mannerisms – from the page to the screen. The director was determined to see that the details immediately pulled the audience into the story of each member of the ensemble cast. Everything from hairstyle to clothing had to be grounded in the reality of the experience of each cast member.

For example, when we see Johnny’s gorilla father react to seeing his son singing in the competition while the elder primate is in jail for burglary, we aren’t given a huge, cartoonish reaction. There’s a simple widening of the eyes and an emotional crackle in the voice as he declares to his confined companions that the singing gorilla is “my son.”

“It’s different working with a live-action actor because its a more spontaneous process where you’re talking and improving with the actor; and with animation, you discuss an idea and then work with animators to develop the idea,” says Jennings. “You make the movie many, many times in animation, so you have a lot of opportunity to refine your ideas. But you’re also waiting. But in this case, I would wait and they would bring me incredible things.”

For Guillon, his collaboration with Jennings pushed him in a very specific direction. “Garth wanted that we look for the human inside each character,” writes Guillion through a translator in an email to Animation Magazine. “To tell you the truth, this is not a movie with animals, it is before all a human adventure. That explains why there is a certain stylization of the characters, in order to keep the essential, to prevent the eye from stopping on a too complicated detail. We wanted the expression, the acting, to prevail.”

Guillon, who helped Jennings bring a huge ensemble cast into the movie, had to work on an array of animals and find a way to make each one relatable and empathetic.

“There is no character that is easy to approach; some are even more difficult than others,” writes Guillon. “Ash (voiced by Johansson), who is a porcupine, has been the most difficult. The porcupine is not an easy animal to ‘read’ visually, not really cute. We usually only remember the quills, therefore we needed to reinvent it, try to give it an appealing aspect and add Garth’s idea of Ash: a rather rebel/punk/goth character. This was a very long process, I can’t count the numerous drawings it needed to find her. Also there was all the work done by (Frédérick Alves-Cunha, a.k.a. Fredus), who is a Zbrush sculptor, who did a first interpretation in 3D of the drawing. What is interesting is to see that this character is, after all, graphically pretty simple.”

Delage and Leduc also worked with Jennings on creating a style of animation that made the most of telling the story in the art form but also stayed grounded and focused on characters. “We didn’t want something like a Warner Bros. style from long ago for this movie,” says Leduc. “But there was still a chance to do something that was more expressive, more silly.”

Jennings, Leduc and Delage all point to a scene in which Buster Moon hits rock bottom. At that moment, Buster’s only option to support himself seems to be to start a car wash in which he is not just the car washer but his fur becomes the actual brush that washes each car. Buster’s most despondent moment is undercut but the comedy of seeing his stubby, furry little body squeegee the windshields of his clients.

“You feel for Buster, you really do,” says Jennings. “Seeing him brought to that level in a comedic way makes him sympathetic and you can forgive him for lying about a lot of the details of the competition to the singers.”

Clothes (and Fur) Make the Animal

Moments like that don’t just reveal character; they present an incredible challenge for some members of the film’s team, according to producer Janet Healy.

“Bringing together clothing and fur like that, where the clothing sits on top of the fur and interacts with the fur was a big deal for our CG team,” says Healy. “We’re so proud of the results they got because the clothing is so important to revealing each character, what they’re about and who they are trying to become through this singing competition.”

Jennings loved bringing together all the artists on the Sing team with co-director Christophe Lourdelet and could see himself working in animation again – after a break for the holidays.

“This has been a bit like having a five-year-long dinner party where you’re hopeful that everyone gets on and has a great time and now that everyone has left the house and we had a great time you take a deep breath,” laughs Jennings. “The possibilities in animation are wonderful and I’m lucky to have been able to work through this story in this way because you have opportunities here that you couldn’t find anywhere else.”

Completing the Circle
‘Zootopia’ Is Golden at 2017 Globes