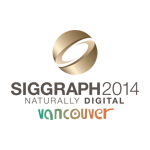 To get the hype up for the new indie animated feature project Henchmen, produced by Bron Studios in association with Gary Sanchez Productions, the filmmakers premiered last night a related short film, Henchmen: Ill Suited, at this week’s SIGGRAPH confab in Vancouver.

Due for release in 2016 and currently in-production, the Henchman feature takes place in a world of super-villains and evil schemes, where someone has to take out the trash. Enter a fresh-faced new Union of Evil recruit, assigned to a motley crew of blue-collar workers led by fallen henchman Hank. When “The Kid” accidentally steals the super villain’s ultimate weapon, Hank must break his “risk nothing” code to save the boy he’s befriended, even if it means becoming the one thing he has always hated … a hero.

Bron, based in British Columbia, is a producer of original live-action and animation films and TV series. The studio recently collaborated with comedy star Kristen Wiig on Welcome to Me, which will premiere at the Toronto International Film Festival next month.