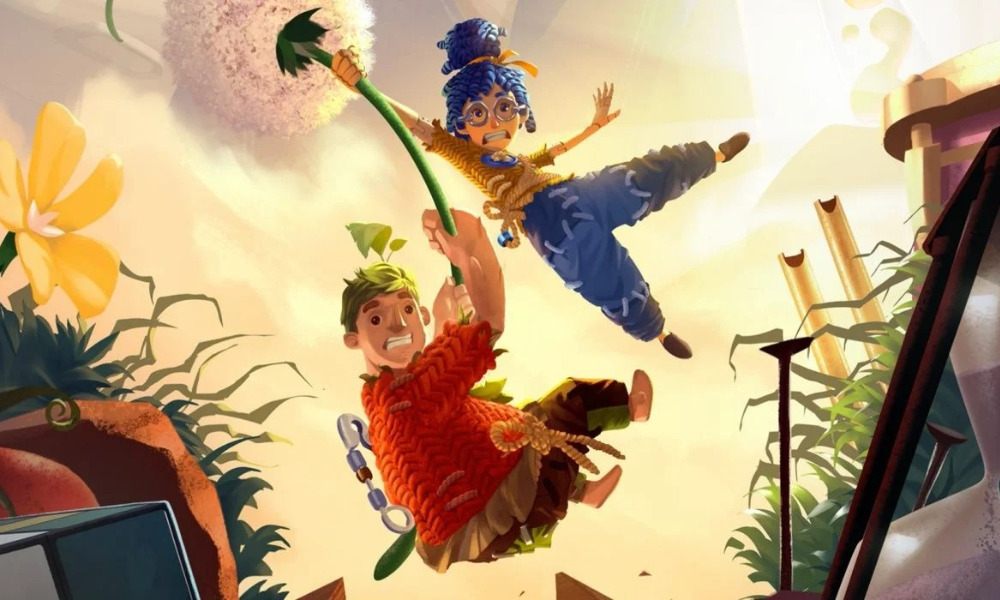 Swedish game developer Hazelight Studios has partnered with adaptation specialist prodco dj2 Entertainment (Sonic the Hedgehog films, Tomb Raider anime series) to transform the award-winning, cooperative action-adventure game It Takes Two into a film and television property. The buzzy project is the subject of a “multi-party bidding war” with no confirmed studio or network attached as yet.

It is uncertain from the initial Variety report whether the adaptation is intended for animation or live action, although the game’s colorful characters and wild action would imply at least a hybrid take, à la Sonic. The screenwriters behind the Blue Blur’s hit theatrical feature and its upcoming sequel, Pat Casey and Josh Miller, are on board for the It Takes Two adaptation.

Per Hazelight’s website, the critically acclaimed game invites players to “step into the shoes of May and Cody” (check out the gameplay trailer below):

“As the couple is going through a divorce, through unknown means their minds are transported into two dolls which their daughter, Rose, made to represent them. Now, they must reluctantly find a way to get back into their bodies — a quest which takes them through the most wild, unexpected and fantastical journey imaginable.”

Created with Unreal Engine and published by Electronic Arts in March 2021, It Takes Two was helmed by Hazelight Founder & Creative Director, Josef Fares. Its blend of engaging story and unique co-op-only gameplay (either online or with local splitscreen) helped it to 3 million copies sold by October of last year.

It Takes Two won three Game Awards, including Game of the Year, as well as the Golden Joystick for Best Multiplayer. It is currently nominated in multiple categories for the GDC and DICE Awards.