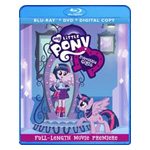 Hasbro’s new full-length animated movie Equestria Girls will have its world premiere at the L.A. Film Festival in June, followed by a 200-theater rollout nationwide.

Directed by Jayson Thiessen and produced by Sarah Wall, the new movie follows the adventures of the popular My Little Pony characters, reconceived as teenagers in high schools. The plot finds Twilight Sparkle entering an alternate world in pursuit of her stolen crown. Transformed into a teenage girl, she must survive her biggest challenge — pony high school!

Hasbro has retained the Hub series’ creative talent, animation style and message of friendship to stay faithful to the original property.

“We are responding to the desire by our fans to experience the brand in more ways,” said John A. Frascotti, Hasbro’s chief marketing officer, in a recent New York Times article. “They imagined themselves as which pony they would be or which pony they identified with the most.”

“Our goal is to stay true to who those characters are,” said Meghan McCarthy, the head writer for the project, adding that the high school setting allowed for new storytelling possibilities. “It’s new but still an extension of our mythology.”

The movie — titled My Little Pony: Equestria Girls — will be released on DVD on August 6 by Shout! Factory, followed by a television debut on the Hub network in the fall. 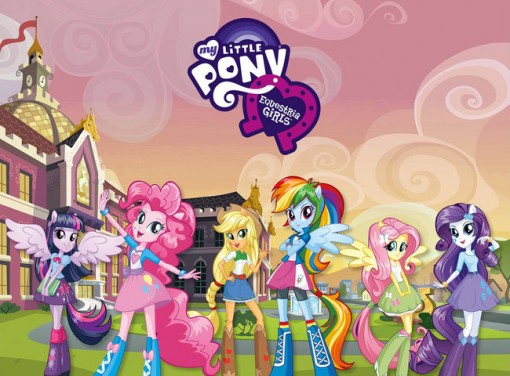