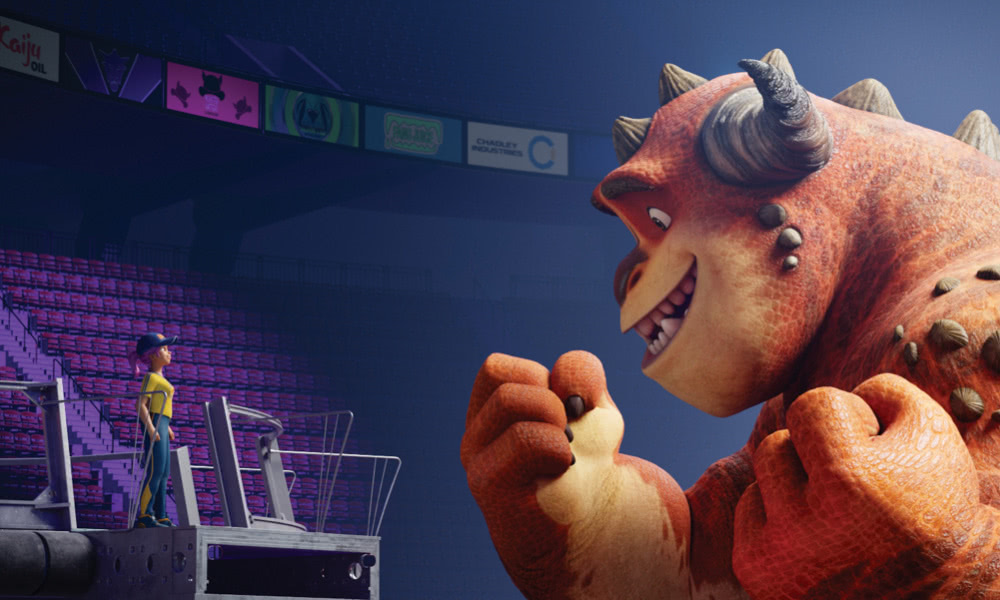 The new CG-animated feature Rumble is finally ready to entertain audiences on Paramount+ this Wednesday, December 15. Directed by DreamWorks Animation veteran Hamish Grieve, the movie is very loosely based on Rob Harrell’s 2013 graphic novel Monster on the Hill. In this adaptation, a young girl seeks to succeed as a manager of giant monsters who are stars of popular wrestling spectacles.

We had the chance to speak with Grieve about the much-anticipated project, which is produced by Paramount Animation, WWE Studios, Walden Media and Reel FX Animation and features the voices of Will Arnett, Terry Crews, Geraldine Viswanathan, Roman Reigns, Tony Danza, Becky Lynch, Stephen A. Smith, Jimmy Tatro and Ben Schwartz. 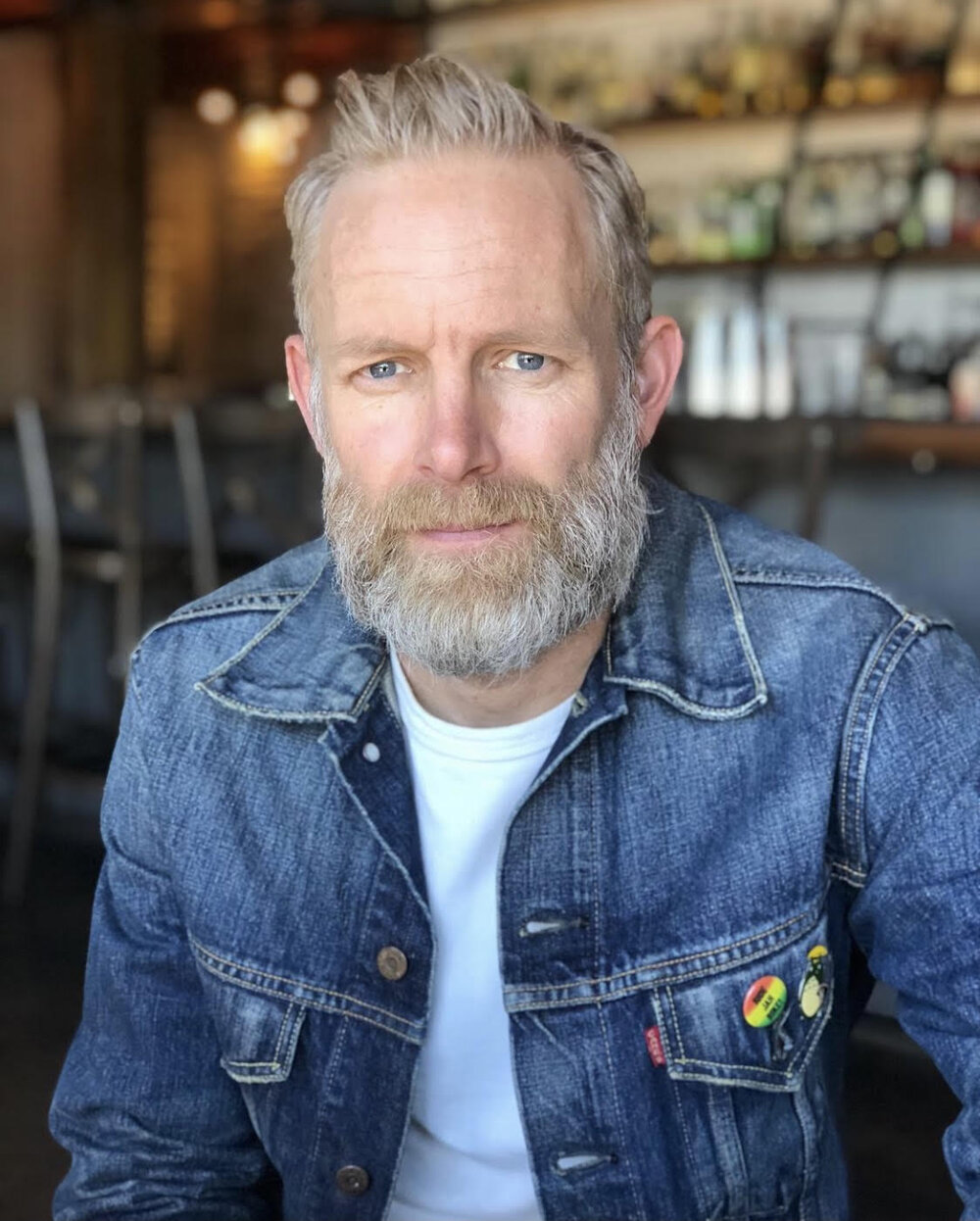 “This world has its own rules, so we wanted to introduce the audience to these characters they have never seen before,” says Grieve, who was head of story on Captain Underpants: The First Epic Movie and Rise of the Guardians and story artist on Shrek 2, Shrek the Third and Monsters vs. Aliens. “We have these giant kaiju beasts with fully rounded personalities that take part in a sport that no one has ever seen before. So, our job was to make this world seem familiar in parts, but also make it feel special as well. We added an art deco vibe to the film’s architecture.”

He adds, “The other big challenge was dealing with the scale of these enormous characters and creating a world they could exist in, but also felt that this world was made for them. We wanted to push the color and not make it feel like your typical animated film where every color is on screen all the time. We wanted to have a sort of Roger Deakins Blade Runner feel to it, with very strong color and visual choices in the cinematography as well.”

Grieve, who started his career as a storyboard artist, says he is proud of his first big assignment as a feature director. “It’s my first shot, and I guess you can say this is my first adopted child! The process of making the film was so much fun. I loved being surrounded by so many talented people, and that we were able to create an environment that we believed in what we were doing. It felt like a really great creative experience. It’s a fun, big spectacle type of a movie, and people seem to be responding to the theme at the heart of it. While the film might seem familiar in the beginning, then we start to subvert the expectations. I guess it’s about figuring where you’re coming from and where you’re heading.”

The U.K.-born director says he was always thinking about monsters and giant creatures at an early age. “I guess you can say my whole life has been research in a way,” says Grieve. “That was the dream of a 12-year-old boy. That’s why I drew — to design the creatures in Star Wars. My first job in America was designing a lot of monsters for a strange videogame company.”

Grieve says he had to take a deep dive into the world of wrestling as he was recruited by Paramount to helm the movie. “I was able to learn a lot from Becky Lynch about the behind-the-scenes stuff of wrestling quite early on,” he recalls. “When I was growing up, the wrestling scene in England wasn’t very impressive. They showed it on TV, and it was the saddest thing you’d ever seen. The two big stars were Big Daddy and Giant Haystacks — these two middle-aged men who just slammed each other. Then I became aware of World Wrestling Federation [now WWE] and stars like Hulk Hogan, The Undertaker and Andre the Giant. I had to get up to speed, and pretty quickly I became a big fan as I researched all the big moves and the classic matches on YouTube.”

Interestingly enough, Grieve never dreamed of directing animated features when he was growing up. “Here’s the strange thing,” he says. “I always drew as a kid growing up in London, but at the time, I never thought there would be any opportunities to turn that into a career. I didn’t even know you could go to school for animation, so I did English and film studies. My dad [Andrew Grieve] is a director of high-end British TV series [Poirot, Horatio Hornblower, Wire in the Blood] and he started to use me to do some storyboards for his projects. Then, when I came to America, I was working on videogames and met some people at DreamWorks, and the videogame company went bankrupt. So I gave my portfolio to some friends at DreamWorks and they gave me a shot as a junior storyboard artist on a movie — which happened to be Shrek 2. That’s when I realized that was what I was born to do! It was all very serendipitous.”

Grieve also hopes that although the movie made its premiere on the Paramount+ streaming service, audiences will one day be able to enjoy it on the big screen. “Yes, we were definitely hoping to get the movie on screen. I am interested to see what the future holds for the movie. I mean, we shot it in widescreen. Somewhere there is an insane Dolby Atmos audio mix and a real (stereoscopic) 3-D version. I think I might be the only person to have seen that in the entire world. I hope one day, I’ll be able to sit down and put my 3-D glasses on and catch that version in a theater with audiences.”

Terry Crews voices the reigning Monster Wrestling champion Tentacular, a shark-headed kaiju who brings his own bioluminescent lightshow to the ring in Rumble.

Adapting to a New Era

Looking back at the whole Rumble filmmaking experience, Grieve says he feels grateful that they were about two-thirds of the way through the project when the pandemic hit and they had to adapt to the new work-at-home model. “Fortunately, I already had a lot of time with the voice actors,” he mentions. “Then, we had to switch over to doing Zoom meetings and shipping mikes all over the country and having actors record in closets. Animation allowed us to keep working. Thank goodness that we’re in a medium that we can all work from home — as much as I love being around people and enjoyed the collaborative and improvisational environment of the studios. A movie like Shrek 2 was made in the storyboards like that. I’m worried a bit about that experience going away. But, then, if I’m going to do 300 panels, I can always do that from my house, and then go for walks when I’m done!”

Grieve says he is quite optimistic about the future of animation. “I think maybe there is a great version of a studio that serves as a creative hub where you can all go when you need to do the grind,” he offers. “There’s this giant demand for the medium and new content, and I hope that we figure out a way to make more interesting stuff and tell different, creative stories.”