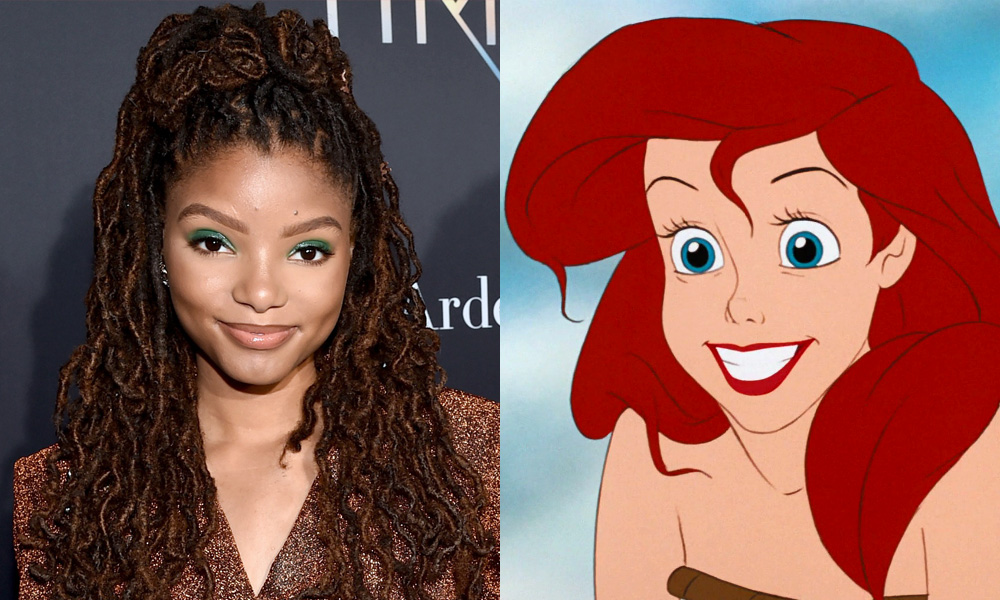 Halle Bailey has been cast as Ariel in Disney’s upcoming live-action reimagining of The Little Mermaid. The film is directed by Rob Marshall and produced by Marshall, John DeLuca, Marc Platt and Lin-Manuel Miranda. The film will feature beloved songs from the animated classic by Alan Menken and Howard Ashman, as well as new songs by Menken (music) and Miranda (lyrics).

“After an extensive search, it was abundantly clear that Halle possesses that rare combination of spirit, heart, youth, innocence, and substance — plus a glorious singing voice — all intrinsic qualities necessary to play this iconic role,” said Marshall.

Bailey, a 19-year-old Atlanta native, plays Sky in Freeform’s Grown-ish, and got her start at a young age playing Tina in Queen Latifah feature Last Holiday. She is also a composer, songwriter and half of the act Chloe x Halle (with her sister). The R&B duo wrote and performed “Warrior” for the A Wrinkle in Time soundtrack, opened for Beyoncé and Jay-Z’s U.S. On the Run II Tour last year, and sang at Super Bowl LIII earlier this year.

Production is anticipated to begin in early 2020. Additional announcements regarding The Little Mermaid are expected in the coming weeks.

Released in 1989, Disney’s 2D animated adaptation of Hans Christian Andersen’s The Little Mermaid was directed by Ron Clements and John Musker, and starred Disney Legend Jodi Benson as the red-headed heroine. Marking the start of the “Disney Renaissance,” the film was the most expensive and technically and artistically ambitious project for the studio in decades.