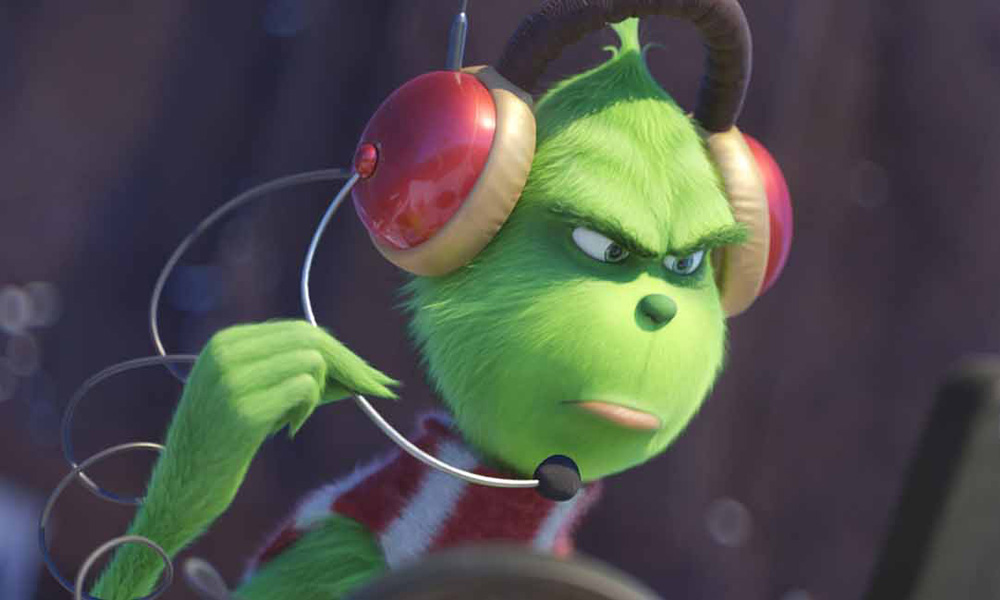 Oscar-nominated hitmaker Pharrell Williams returns to the Illumination Entertainment/Universal Pictures fold with the news that he has boarded The Grinch as the film’s narrator. He joins a cast led by Benedict Cumberbatch as The Grinch, with Rashida Jones, Keenan Thompson, Cameron Seely, and Angela Lansbury as The Mayor of Whoville. The CG animated update of the Dr. Seuss classic arrive in theaters on November 9.

In addition to his Academy Award nod for “Happy” in Despicable Me 2, Grammy winner Williams has composed the score and original songs for all three Despicable Me films. This project marks his first voice acting role for animation.

Illumination/Universal has also dropped a third official trailer, which shows us more of the elaborated world created by the filmmakers, and the news that Grammy nominee Tyler, the Creator has written and performs in the film an original song, “I Am The Grinch.” Oscar nominee Danny Elfman is composing the score for The Grinch; he and Tyler have also collaborated on a new take on the classic theme, “You’re a Mean One.”

The original song was written for Chuck Jones’ How the Grinch Stole Christmas (1966) with lyrics by Dr. Seuss and music by Albert Hague, performed (uncredited) by singer/voice actor Thurl Ravenscroft.

Directed by Scott Mosier and Yarrow Cheney, Illumination’s eighth animated feature digs deeper into the story of the Grinch and his antipathy for the happy Christmas celebrations of his neighbors in Whoville. In this adventure, the Grinch’s plans to hijack the holiday set him on a collision course with young Cindy-Lou Who, has has her own plans to intercept Santa.

Don’t miss our feature story on The Grinch in the November ‘18 issue of Animation Magazine, coming soon.