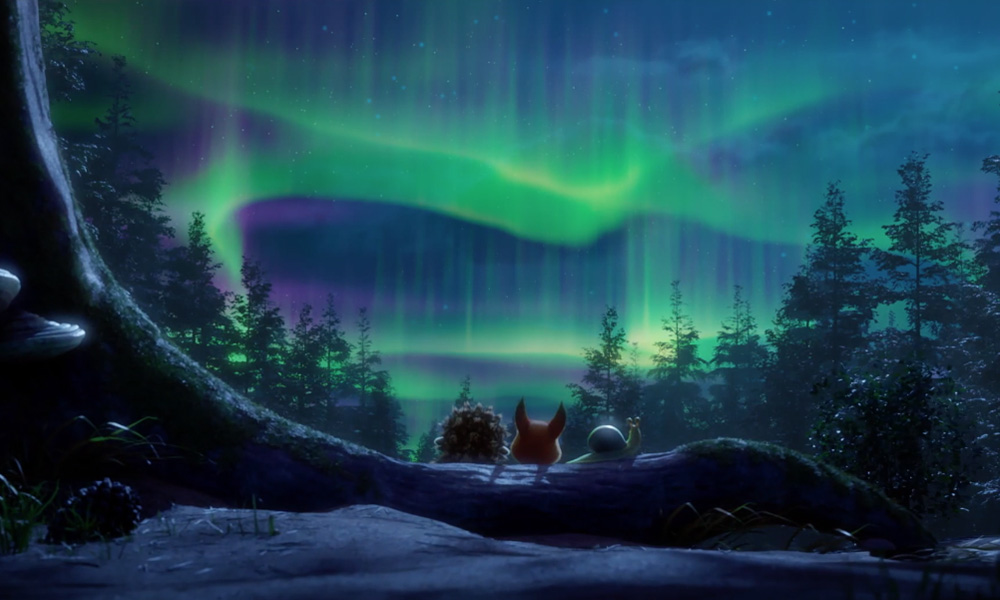 A new animated animal adventure is ready to delight young audiences in Europe this month, as Latte & The Magic Waterstone rolls out in major markets through Christmas and into the new year. The film follows plucky hedgehog Latte and unlikely partner Tjum the squirrel as they set out to retrieve the forest’s magic waterstone from the clutches of the despicable Bear King.

Latte and Tjum’s adventure exposes them to many marvels of nature — from auroras in the sky to luminescent flowers in the undergrowth — lit up by Grid VFX with the help of Blackmagic Design’s post-production compositing solution Fusion Studio. 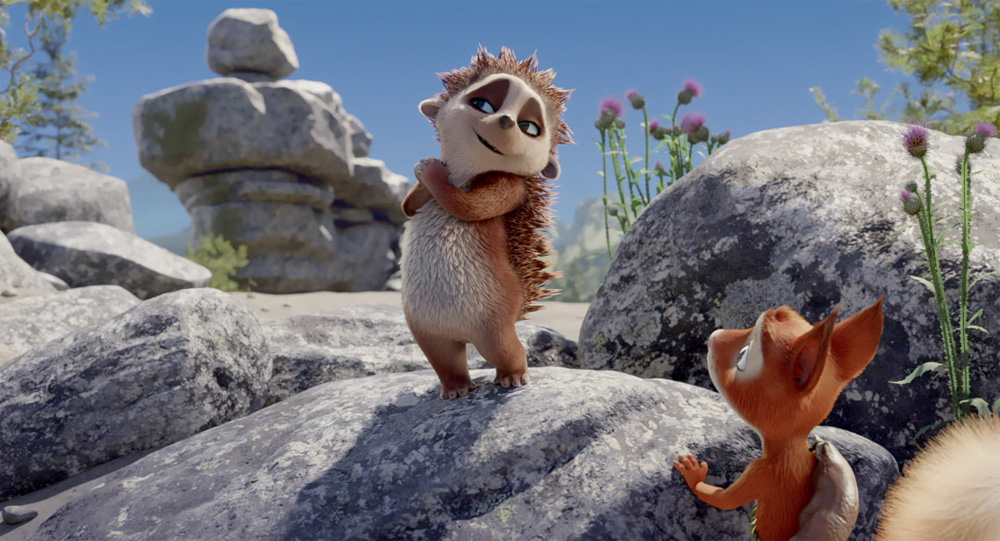 Directed by Regina Welker, Latte & The Magic Waterstone involved the completion of more than 1,200 visual effects shots, including the complex compositing of background and foreground plates and CG render layers for 3D assets, lighting, procedural effects, and more.

“Latte was a huge project for us. It’s a feature animation with a limited budget, so we knew we had to work as efficiently as possible,” said Laurens Bekaert, compositing supervisor at Grid. “Fusion’s GPU accelerated render engine was amazing at being able to handle geometry and 3D space compared to alternative compositors. We could add smoke and particles behind our characters and see a good representation of how they would look in 3D instantly, without needing to re-render.” 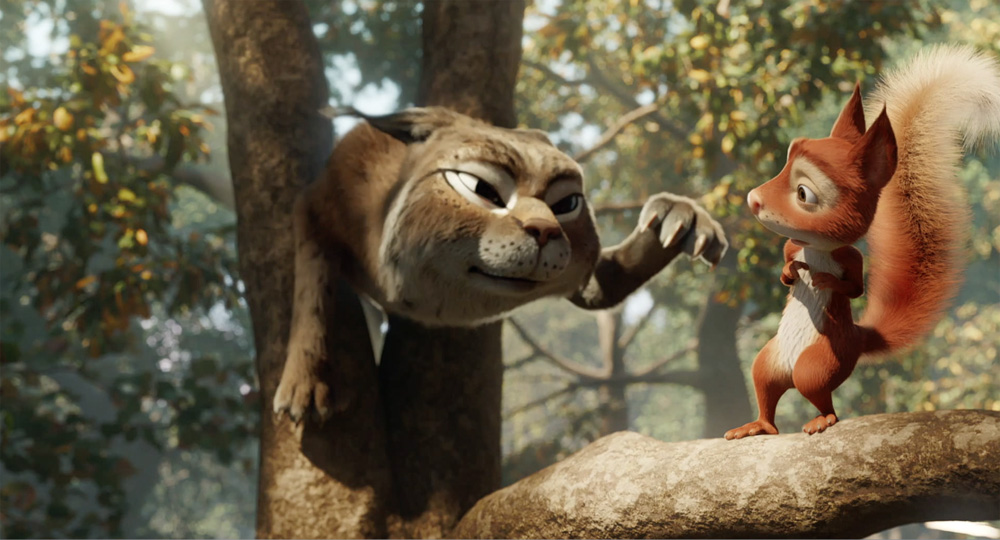 Using Fusion in conjunction with Grid’s in-house pipeline management system, Gclus, the team built several node trees to act as containers for a base look for all the film’s sequences. CG supervisor Chara Sottou could then set the mood for each scene, including specifying elements such as caustic effects, depth haze, depth grading, volumetrics, digital matte painting spherical projections, motion blur and depth of field.

There were also motion vector tools to allow for the motion blur to be added in post, UV tools to reposition and remap textures, and finally relighting tools that could modify the normals, ambient occlusion and position passes to allow for atmosphere and grading adjustments throughout the compositing process. 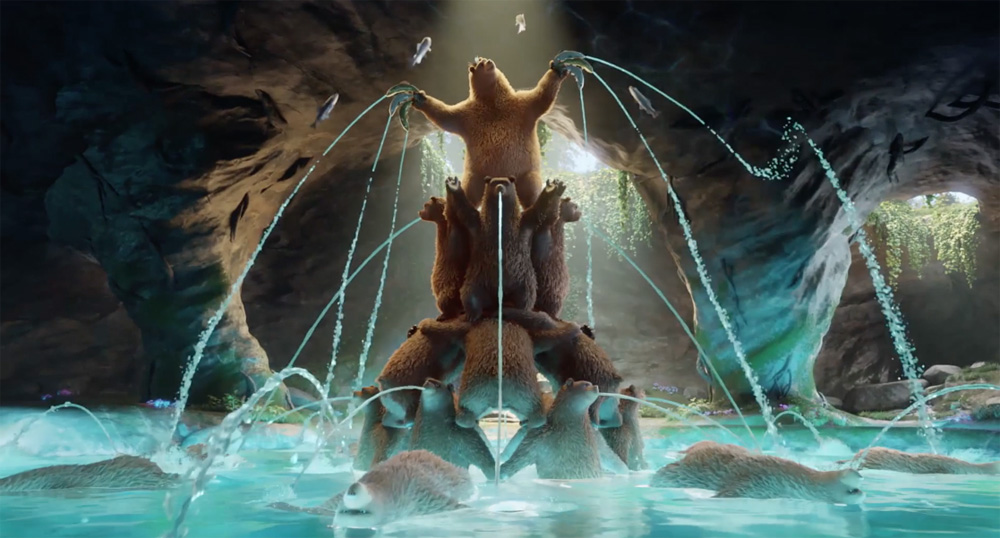 “Being able to modify so much of our final render in Fusion, without the need for round tripping, was crucial in allowing us to complete this project on time and on budget,” noted Sottou. “We were able to manually adjust depth of field, stylistically blurring certain areas of the frame to our advantage to guide viewers’ eyes to the action we wanted them to focus on.”

The team were also able to add effects such as glow to key scenes, enhancing the feeling of magical realism the story required. All with less than 10 compositors instead of 50 or more.

“I think it’s really important to show that this level of production quality and creativity can come from a small team in the European animation industry,” Sottou concluded. “There’s this hesitancy with big productions, because they’re worried that the budget won’t allow for quality. With tools such as Fusion now becoming more accessible to artists, that’s changing.”

Latte & The Magic Waterstone will be in cinemas in France starting December 11 and in Germany from December 25, with further release dates across Europe in 2020. 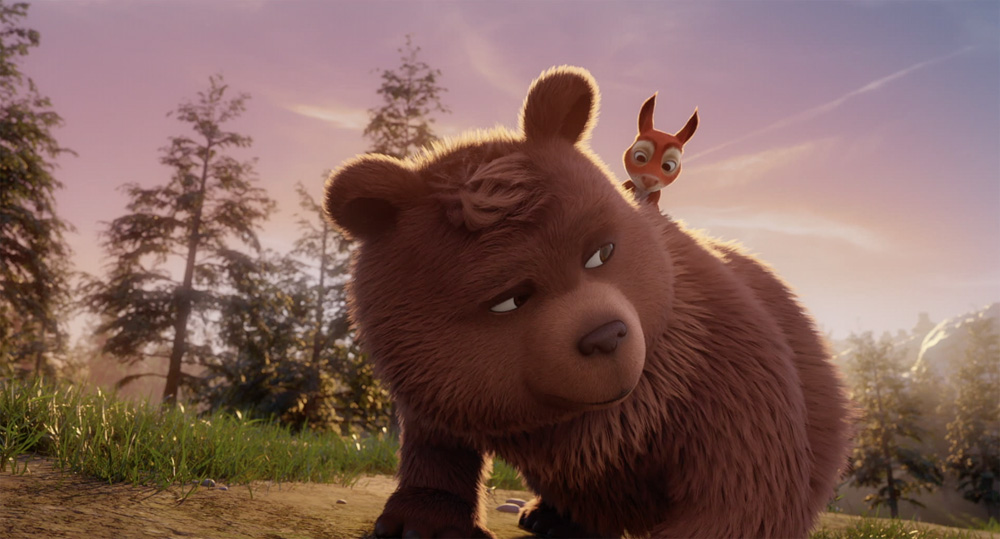