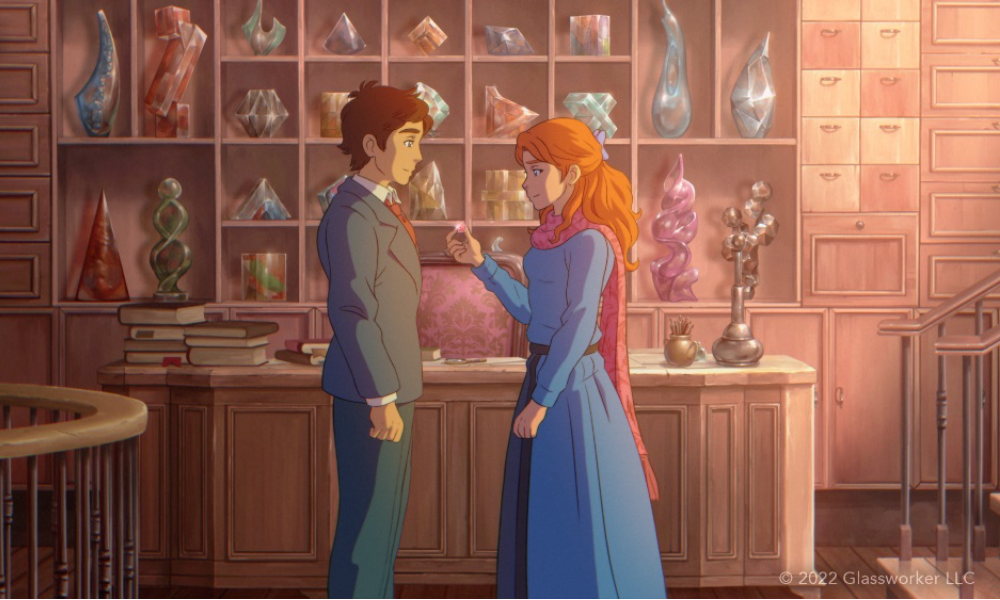 Slated for release in 2023, The Glassworker is billed as Pakistan’s first-ever hand-drawn animated feature production. Its story, developed by Riaz (who also helped write the script, musical score and storyboards), reflects on challenges of romantic and family relationships in dangerous times, and the tension between patritotism, societal pressure, free thought and artistic expression.

The family film in a Pakistan-esque locale, and follows young Vincent and his father, Tomas, who owns the country’s finest glassworks. When their lives turned upside down by a war they do not support, their relationship is tested even further as Vincent falls in love with Alliz, the violinist daughter of a newly arrived army colonel.

“In The Glassworker I found a film with a Japanese animation style and very moving story with hints of Doctor Zhivago. The studio has a very professional team and, perhaps above all, a true author,” Cristóbal told Variety. “I have devoted my entire career to discovering new talent and new directors and I have to say that I was taken aback at the quality of the project when we were introduced by a common friend.”

Mano Animation Studios was founded not long ago by Usman Riaz, Khizer Riaz and Mariam Riaz Paracha, and the studio’s team of artists working on The Glassworker is notably young (average age 27) and gender-balanced (52% women). Initial footage from The Glassworker  debuted in 2018 (funded by Kickstarter), and its artistic ambition has attracted a network of collaborators connecting the Pakistan studio to the U.S., U.K., Japan, Malaysia, Philippines, Argentina and Peru.

With internationally recognized animation player Cristóbal on board, the film is expected to appear in WIP selections on the festival circuit soon, on the hunt for partners.

In addition to producing 11 feature films (eight animated), Madrid-based Cristóbal has been responsible for the region’s audiovisual industries since 2019, where he was able to increase the budget for animation projects by 89%, and created both Madrid for the Goyas to support local shorts, as well as Madrid for the Oscars, which backed this year’s winning animated short The Windshield Wiper, by madrileño director Alberto Mielgo.