The first-ever Godzilla anime feature will be available to stream worldwide through Netflix this year, according to Anime News Network. The Japan outpost of the VOD giant is working with Toho — the nation’s largest film distributor — on a coordinated theatrical/digital release this year.

Produced by Polygon Pictures, Godzilla is being directed by Detective Conan and Fist of the North Star franchise veteran Kobun Shizuno and Hiroyuki Seshits (Ajin, Knights of Sidonia), from a story and screenplay by Gen Urobuchi (Puella Magi Madoka Magica, Psycho-Pass).

The Japanese voice cast has been announced as Yuuki Kaji, Takahiro Sakurai, Mamoru Miyano, Junichi Suwabe, Kana Hanazawa and Tomokazu Sugita, who will be making an appearance for the film’s stage event at AnimeJapan later this month. 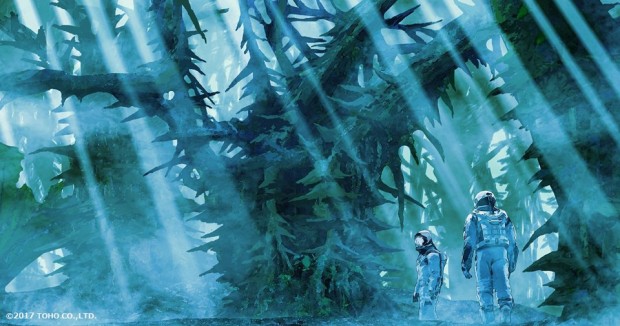