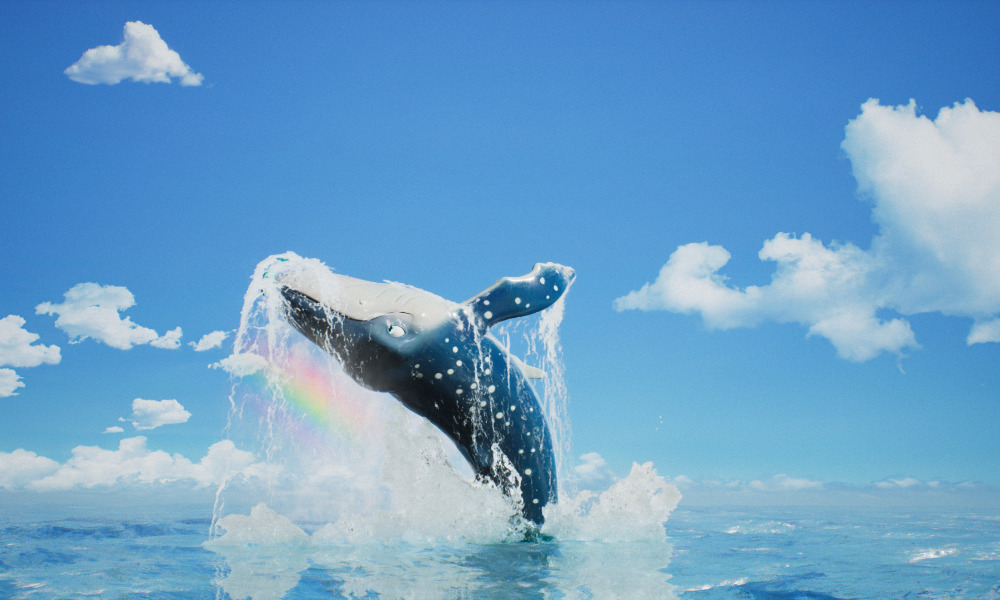 Global Screen, a TELEPOOL brand, has acquired the animated family feature film The Last Whale Singer for global distribution. Available for the first time for pre-sale in Cannes at the Marché du Film, the epic, emotional family  adventure is written and directed by Reza Memari, creator of the international success Richard the Stork.

“This is an intricately layered film, which reveals the never-before-seen and fascinating world of the whales,” commented Alice Buqoy,  SVP, International Sales & Acquisitions at Global Screen. “It’s a beautifully created piece with stunning animation, an uplifting score and an entertaining narrative bringing the mesmerizing underwater realms to life. The story is life-affirming and touching with a call to action to both young and old, which simply cannot be ignored.”

One of the first animated feature films created with Unreal Engine 5, The Last Whale Singer is set in a dazzling underwater world full of witty, multi-layered characters with wide appeal to all ages.

Produced by Maite Woköck (My Fairy Troublemaker), the characters are based on designs by Uwe Heidschötter, known for films such as Oscar-nominated and BAFTA-winning Revolting Rhymes; Oscar-nominated and Golden Globe-winning Missing Link and the Annie Award-nominated Zog.

“This is the story of a young humpback whale who, after the sudden loss of his parents, is confronted with a seemingly impossible task; to discover the song that will save the oceans from destruction,” said Memari,  co-CEO of Telescope Animation. “It’s a story about radical vulnerability and the power of one voice, courageously singing through fear, to inspire others. The Last Whale Singer also carries another vital message which is close to my heart — the urgent need to respect and protect the natural world.”

Woköck, co-CEO at Telescope Animation, added, “When Reza Memari first told me about his idea for The Last Whale Singer, I was immediately on board. Since then, this whale’s incredible journey has grown into a vast, interwoven story universe across multiple media platforms. As a producer it’s a pure joy to be working on a project of such narrative abundance and great potential for international distribution.”

Vincent, a rebellious teenage whale, must venture to the deepest sea and summon his mystical song to save the oceans from the monstrous Leviathan. Vincent is the son of the last Whale Singer, Humphrey, whose mystical song is essential for the oceans’ survival.

When the evil creature breaks free from a melting iceberg and kills Humphrey, Vincent is the only one who can stop the creature from annihilating all marine life by finding his own voice and song. But doubting his ability, and incapable of accepting his father’s death, Vincent undertakes a dangerous journey to bring Humphrey back from the mythical ‘Star Pool’ so that he can defeat the Leviathan.

With the help of his friends, the finnicky, devoted suckerfish Walter, and Darya, a rambunctious, deaf orca girl, Vincent must embrace his destiny and take his rightful place in the lineage of Whale Singers.