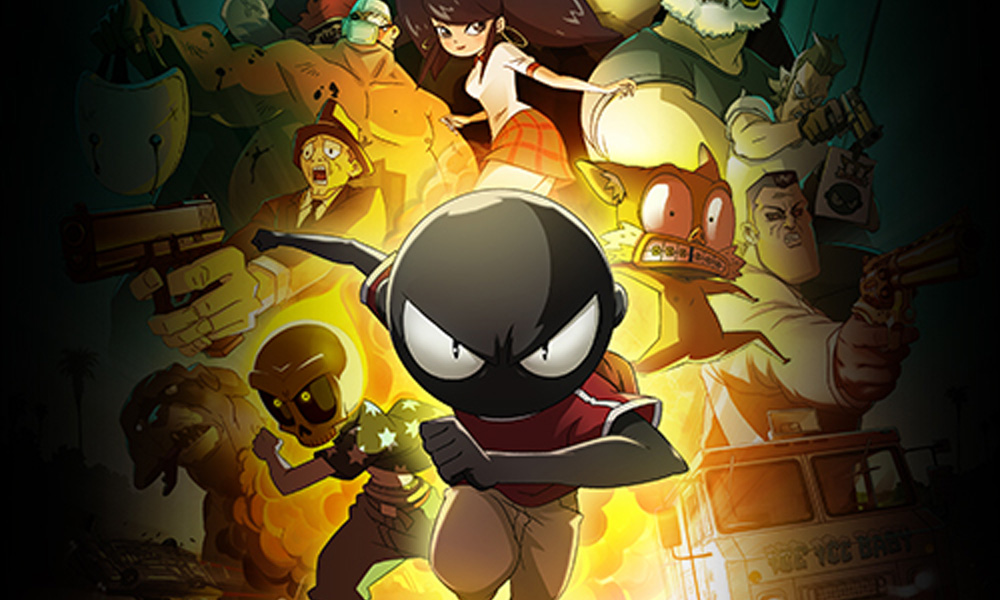 Animation producer-distributor has revealed the official English-language trailer and the badass voice cast for its US release of adult-targeted French graphic novel adaptation MFKZ — coming to theaters nationwide October 11 and 16 through Fathom Events.

GKIDS and Fathom Events debut MFKZ in US cinemas Thursday, Oct. 11 at 7 p.m., with an encore on Tuesday, Oct. 16 at 7 p.m. — both showings will be the English dub. The premiere screening events will include an exclusive interview with the film’s creators. GKIDS will also give the film a limited theatrical release starting Friday, Oct. 12. Tickets are available now through the Fathom Events website, www.mfkzmovie.com and participating box offices.

“We are super excited to be working with Studio 4°C and Ankama to release MFKZ in North America,” GKIDS Founder and CEO Eric Beckman said. “This is a blistering, genre-breaking animated film for adults, unlike anything that has come before. We are thrilled with the voice cast and can’t wait to share this film with audiences on October 11th.”

“Anime fans should be prepared for a wild ride with MFKZ,” added Fathom Events CEO Ray Nutt. “This exciting animated feature is yet another high-point of our ongoing partnership with GKIDS.”

Synopsis: MFKZ centers on young Angelino and his skull-and-flame pal Vinz, who live in a seedy tenement in an L.A.-inspired dystopian metropolis – a burnt-out, gang-and-cockroach-ridden, neo-urban hell. Following a scooter accident Angelino starts experiencing migraines, strange hallucinations and fits of rage-inspired superpowers, as he slowly awakens to the truth of his origins: he is half human and half Macho, a supernatural alien race that is bent on taking over the planet. 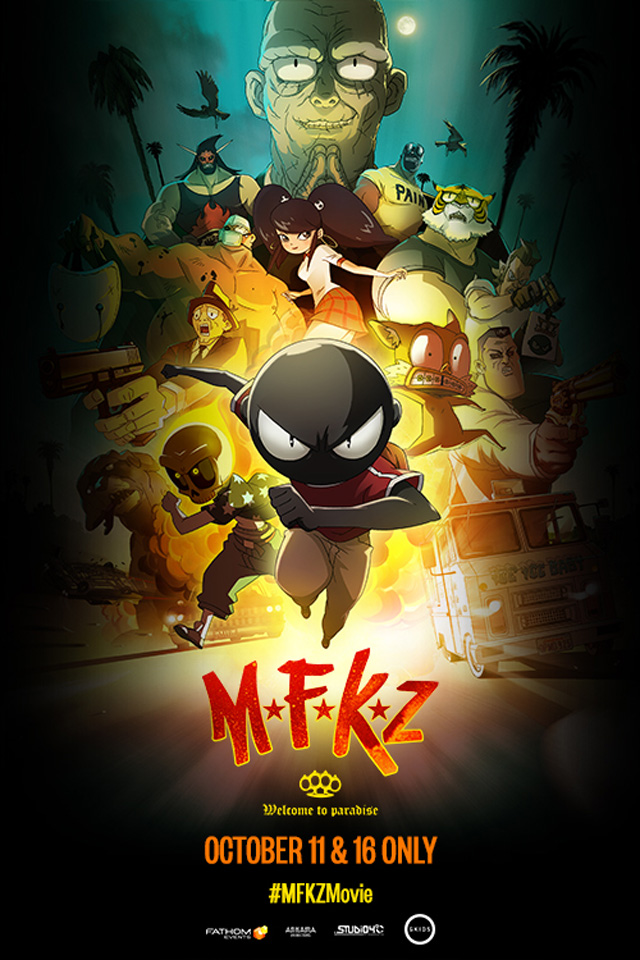