GKIDS has released the official trailer and a poster for My Entire High School Sinking into the Sea — a visually inventive, offbeat animated comedy feature from cartoonist Dash Shaw (New School). Arriving in select theaters April 14, the film’s voice cast is lead by Jason Schwartzman, Lena Dunham, Reggie Watts and Maya Rudolph, with Susan Sarandon as a no-nonsense lunch lady.

Dash (Schwartzman) and his best friend Assaf (Watts) are preparing for another year at Tides High School muckraking on behalf of their widely-distributed but little-read school newspaper, edited by their friend Verti (Rudolph). But just when a blossoming relationship between Assaf and Verti threatens to destroy the boys’ friendship, Dash learns of the administration’s cover-up that puts all the students in danger. As disaster erupts and the friends race to escape through the roof of the school, they are joined by a popular know-it-all (Dunham) and a lunch lady (Sarandon) who is much more than meets the eye. But even as the film piles on brilliant details like a post-apocalyptic cult formed by jocks, video game homages, and an infectious synth soundtrack, it never loses sight of the characters at the heart of the story. 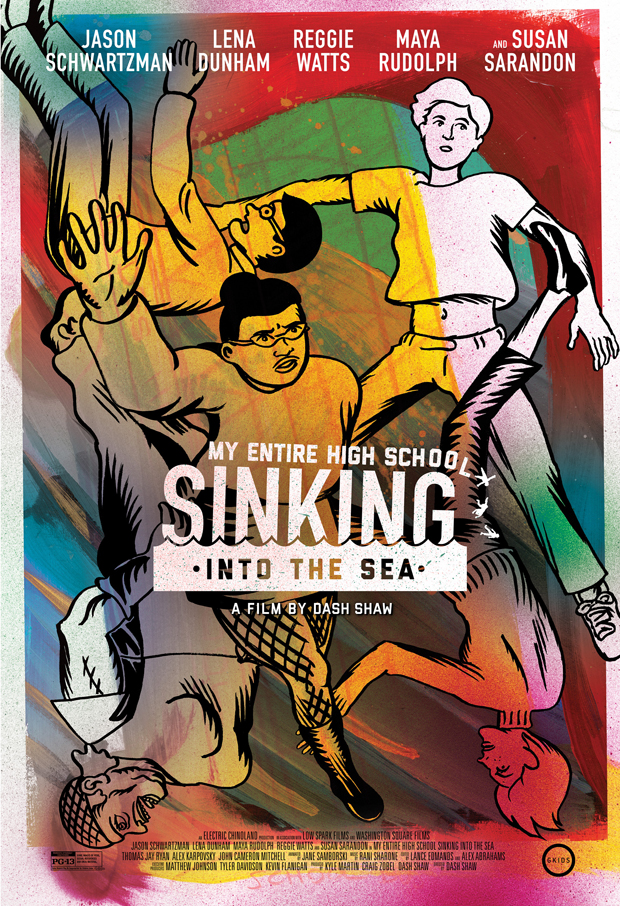