Indie distributor GKIDS will be releasing the acclaimed Spanish animated film Wrinkles on July 4 at New York’s IFC Center. The theatrical outing will be followed by a DVD and digital download release on July 15. Directed by Ignacio Ferreras and based on Paco Roca’s award-winning graphic novel, the English language voice cast stars Martin Sheen, Matthew Modine and George Coe.

Wrinkles centers on Emilio, a former bank manager dispatched to a retirement home by his family, and his cheerful swindler of a new roommate, Miguel. The hand-drawn animation beautifully and tenderly introduces adult audiences to the shut-away world of the retirement home and the eccentric characters that live there in a sort of One Flew Over the Cuckoo’s Nest tale set in an old folks home. 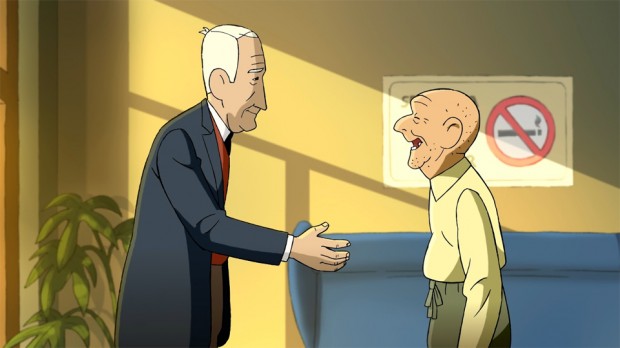