GKIDS has announced that it will be bringing Brazilian artist Alê Abreu’s Boy and the World to the big screen in New York City and Los Angeles, opening December 11. Screenings will be held at New York’s IFC Center and at the Laemmle Monica Film Center in Santa Monica, Calif.

The stunning cinematic experience with its highly original blending of music and color has received top honors from international festivals including Annecy (Best Feature Cristal, Feature Audience Award), Cinema Brazil (Best Animated Film, Best Children’s Film), Munich, Sao Paulo and others. Boy and the World is also in the running for a nomination in the Best Feature Animation category of the Oscars.

Cuca’s cozy rural life is shattered when his father leaves for the city, prompting him to embark on a quest to reunite his family. The young boy’s journey unfolds like a tapestry, the animation taking on greater complexity as his small world expands. Entering civilization, industrial landscapes are inhabited by animal-machines, with barrios of decoupage streets and shop windows, and flashing neon advertisements that illuminate the night. The story depicts a clash between village and city, hand crafted and mechanized, rich and poor – and throughout the tumult, the heart and soul of the people beats on as a song 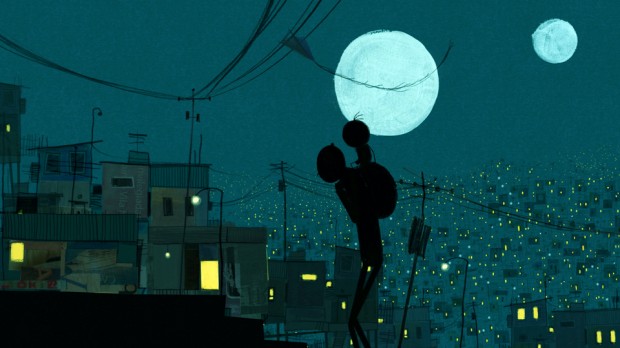