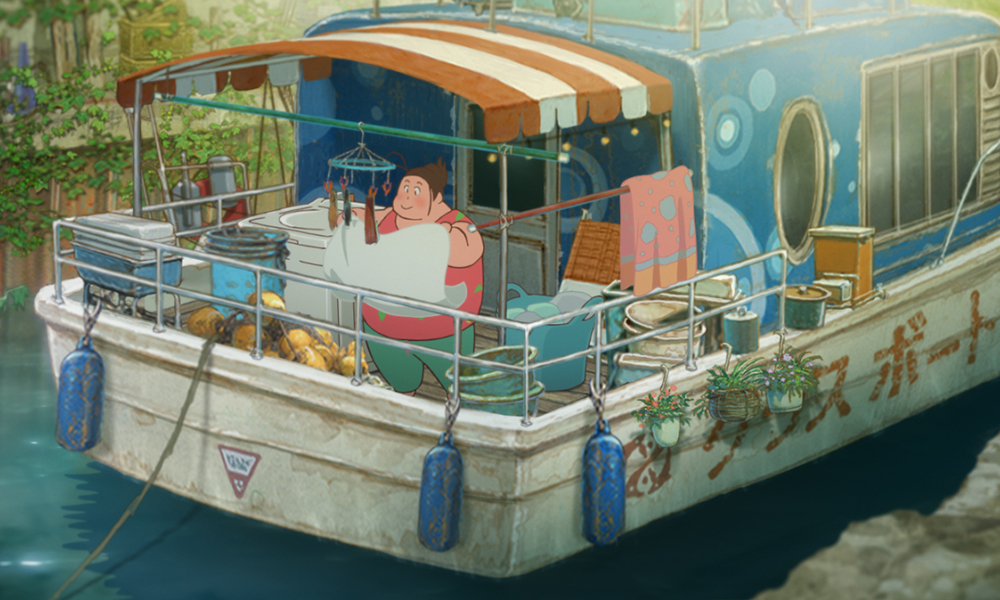 GKIDS has acquired the North American distribution rights for Fortune Favors Lady Nikuko (Gyoko no Nikuko-chan), the latest feature from the lauded Studio 4°C (Tekkonkinkreet). The producer-distributor will release the festival favorite theatrically early next year in its latest collaboration with the Japanese studio, having handled local distribution for  Children of the Sea, Mind Game, MFKZ, Genius Party and Genius Party Beyond.

Planned and produced by Japanese comedy legend Sanma Akashiya out of his love for the original novel by Kanako Nishi, and directed by the esteemed Ayumu Watanabe (Children of the Sea), Fortune Favors Lady Nikuko follows the lives of loud and boisterous single mother Nikuko and her quiet daughter Kikuko, whose otherwise quiet life in a small seaside village is frequently disrupted by her mother’s comedic antics.

“We’re thrilled to work with director Ayumu Watanabe and creative producer Sanma Akashiya on a film that puts their unique artistry and talents on full display,” said GKIDS’ President David Jesteadt. “Fortune Favors Lady Nikuko is a big-hearted coming-of-age story with unforgettable characters and a poignant mix of comedy and drama, that is sure to leave an impact on audiences here next year.”

Watanabe stated in the announcement, “To everyone in the United States! This is terrific news! I am very excited that this film will be shown to you all. Occasionally, I feel that I am inspired by the art that is American entertainment. I’m revealing this for the first time here, but back when Nikuko didn’t have a soundtrack or theme song, and I was planning out this film, there was a song I always listened to. I heard that a long time ago, Americans hummed this song to overcome predicaments. It’s a great story that makes you perceive the power of entertainment. It had a substantial influence on the spirit of this movie. It would be nice if that’s conveyed to you all! Many thanks to the excellent song from America, ‘On the Sunny Side of the Street’…”

Synopsis: Nikuko is a brash, jolly, scattered and passionate woman in an otherwise sleepy seaside town in northern Japan. She’s also the single mother of 11-year-old Kikuko, who is her opposite in many ways. Kikuko is a string-bean of a young girl, pensive, quietly curious, and methodical in how she approaches life in this small harbor town.

Nikuko embarrasses Kikuko as any mom of a preteen would, but Nikuko’s bold spirit makes her especially well-known in a town where Kikuko herself wants nothing more than to simply blend in. As Kikuko navigates the everyday social dramas of middle school, enhanced with touches of magical realism from her ever-present imagination, a shocking revelation from the past threatens to uproot the pair’s tender relationship.