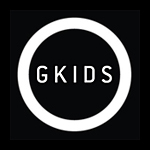 Indie animation distributor and producer GKIDS will release the acclaimed animated documentary Approved for Adoption on Nov. 8 in New York (at the Angelika Film Center) and on Nov. 22 in Los Angeles (at the Laemmle Music Hall). The French movie, which is directed by Jung Henin and Laurent Boileau, won the Audience Award and the Unicef Award at the Annecy Festival last June and has had a successful festival run throughout the year.

Approved for Adoption mixes animation and live-action to offer a poignant portrait of the upbringing for filmmaker Jung Henin, who was one of thousands of Korean children who were adopted by Western families after the end of the Korean War. It is the story of a boy stranded between two cultures. Sepia-toned animated vignettes – some humorous and some poetic – track Jung from the day he first meets his new blond siblings, through elementary school, and into his teenage years, when his emerging sense of identity begins to create fissures at home and ignite the latent biases of his adoptive parents. The filmmaker tells his story using his own animation intercut with snippets of super-8 family footage and archival film. The result is a memoir like no other: clear-eyed and unflinching, humorous and wry, and above all, inspiring in the capacity of the human heart.

There has been some debate over whether the movie has high enough an animation to live-action ratio to qualify to run in the Best Animation Feature race. The film may reportedly not qualify because only 73 percent of it is animated. (The AMPAS requirement is 75 percent.)

But GKIDS has two other big shots at getting Oscar nominations. The distributor, who received noms for The Secret of Kells in 2010 and A Cat in Paris and Chico & Rita in 2012—will also release the acclaimed and much-loved French feature Ernest and Celestine and the Japanese feature A Letter to Momo later this year. For more info, visit www.gkids.com/films. 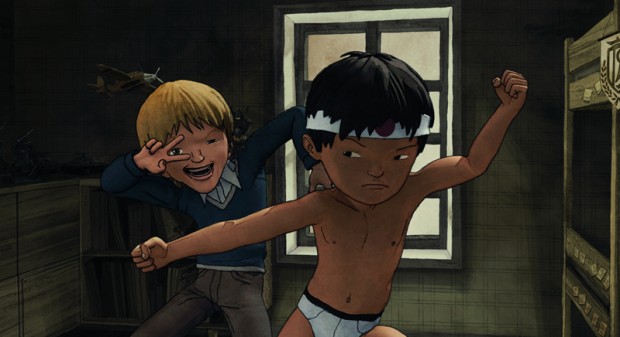 You may also like...
Related Topics:A Cat in Paris, A Letter to Momo, Annecy, Approved for Adoption, Chico & Rita, Ernest and Celestine, Gkids, Jung Henin, Laurent Boileau, Oscars, The Secret of Kells