GKIDS has acquired distribution rights for Miss Hokusai — the latest animated feature from Japanese studio Production I.G, which has delivered Ghost in the Shell and A Letter to Momo, among other acclaimed titles. GKIDS is planning an October 14 opening in New York and Los Angeles followed by a territory-wide roll-out.

Directed by Keiichi Hara (Colorful, Summer Days with Coo), the film has received accolades including an Annecy Jury Prize, jury and audience awards at Fantasia Film Festival, and Best Animated Feature at Sitges and the Asia Pacific Screen Awards.

Adapted from Hinako Sugiura’s manga Sarusuberi by Miho Maruo (both of whome are women), Miss Hokusai is the untold story of O-Ei, the daughter and artistic collaborator of Katsushika Hokusai — considered by many to be Japan’s greatest artist, and the creator of the Thirty-six Views of Mount Fuji woodblock print series. Set in Edo-period Japan, the film follows O-Ei’s coming of age as a young woman as she struggles with her identity as an artist, her emerging sexuality, and the search for the sublime through art. 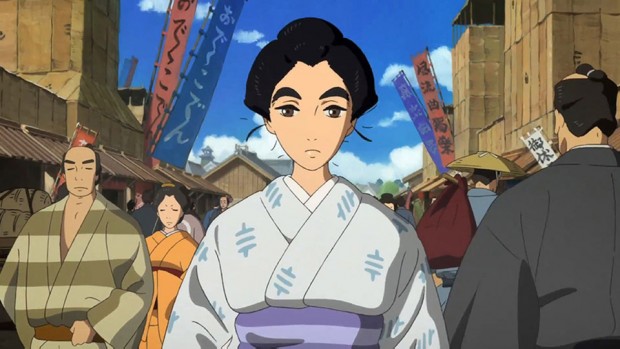