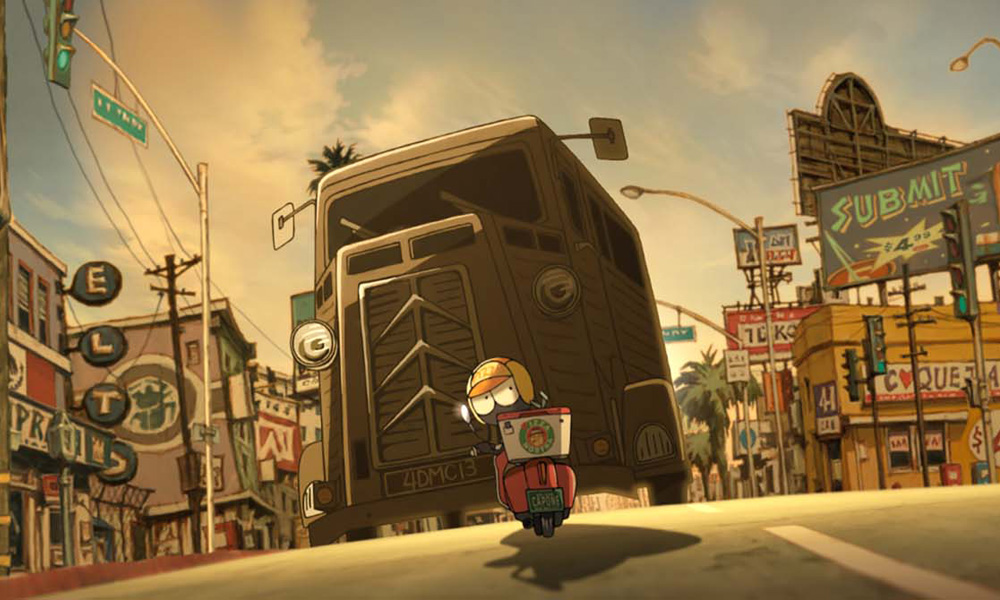 GKIDS has acquired North American distribution rights to MFKZ — released internationally as Mutafukaz — from Ankama Animation (France) and Studio 4°C (Japan). Co-directed by graphic novelist and illustrator Guillaume “Run” Renard (who created the original comics the movie is based on) and Shoujirou Nishimi (Batman: Gotham Knights “Have I Got a Story for You”; character designer, Tekkonkinkreet), the off-the-wall urban adventure will arrive in theaters October 11 in a new English-language version.

“We have known the team at GKIDS for some time, and we are thrilled that MFKZ marks our first partnership. We look forward to supporting the team in bringing the film to North American audiences,” said Frederic Puech, MFKZ associate producer at Ankama

The deal was negotiated by Eric Beckman of GKIDS and Hengameh Panahi of Celluloid Dreams.

The film centers on young Angelino and his skull-and-flame pal Vinny, who live in a seedy tenement in an LA-inspired dystopian metropolis — a burnt-out, gang and cockroach-ridden neo-urban hell that makes Blade Runner‘s LA seem like The Brady Bunch. Following a scooter accident, Angelino starts experiencing migraines and strange hallucinations, as well as fits of rage-inspired superpowers, as he slowly awakens to the truth of his origins: he is half human and half Macho, a supernatural alien race that is bent on taking over the planet.

Check out the subtitled trailer here.