Studio Ghibli fans in North America will get a chance to see behind the scenes of their favorite animation house as GKIDS has picked up regional rights to the unprecedented documentary The Kingdom of Dreams and Madness. Directed by Mami Sunada (Death of a Japanese Salesman), the film provides a rare fly-on-the-wall look at the inner workings at one of the world’s most acclaimed animation studios.

Granted nearly unfettered access to the notoriously insular Studio Ghibli, Sunada spent a year following the three men who are the creative nucleus of the studio: the legendary director Hayao Miyazaki, producer Toshio Suzuki and the elusive Isao Takahata. Kingdom documents a twelvemonth flurry of activity as the teams rush to complete Miyazaki’s The Wind Rises and Takahata’s The Tale of Princess Kaguya, which will be released in North America by GKIDS this fall. 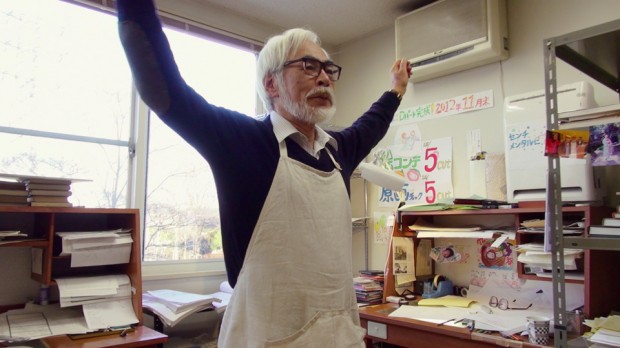 The Kingdom of Dreams and Madness

You may also like...
Related Topics:Death of a Japanese Salesman, Gkids, Hayao Miyazaki, Isao Takahata, Mami Sunada, Studio Ghibli, The Kingdom of Dreams and Madness, The Tale of Princess Kaguya, The Wind Rises, Toshio Suzuki