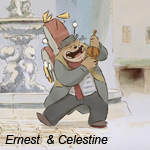 Indie distributor GKIDS announced today that it will distribute the acclaimed animated feature Ernest & Celestine in the U.S. this fall. Based on the popular children’s book series by author and illustrator, Gabrielle Vincent, and animated in hand-painted watercolor design, the film tells the story of an unlikely friendship between a bear, Ernest, and a young mouse named Celestine.

Produced by Didier Brunner and Les Armateurs (Kirikou & the Sorceress, Triplets of Belleville, The Secret of Kells) and directed by Stephane Aubier, Vincent Patar and Benjamin Renner, the film was produced by Studiocanal, Maybe Movies, La Parti Productions, Mélusine Productions and France 3 Cinema. Studiocanal manages all rights as well as the international sales.

The film had its World Premiere at the Cannes Film Festival, where it won special mention at Director’s Fortnight, and will make its North American premiere at the upcoming Toronto International Film Festival. French release is set for December 12th 2012.

The deal was negotiated by Vanessa Saal for Studiocanal and Eric Beckman for GKIDS.

GKIDS is handling US theatrical, home video, digital and TV rights and will dub the film into English for release this fall. The pickup follows a spate of recently announced acquisitions by GKIDS including From Up on Poppy Hill (Studio Ghibli, Japan), Zarafa (Pathe, France), The Rabbi’s Cat (TF1, France), A Letter to Momo (Production I.G, Japan), Le Tableau (Rezo, France), and Wrinkles (Six Sales, Spain). GKIDS received two Best Animated Feature Oscar nominations this year for A Cat in Paris and Chico & Rita.

GKIDS president Eric Beckman said, “We are overjoyed to be bringing Ernest & Celestine to US audiences. The film is a triumph of 2D animation and storytelling. A phenomenally beautiful hand painted watercolor design, immensely likable characters, a wonderful ‘friendship against all odds’ story that sweeps you up and does not waste a single minute of screen time. It is just overflowing with warmth and playful visual humor, there is so, so much to like about this movie.” 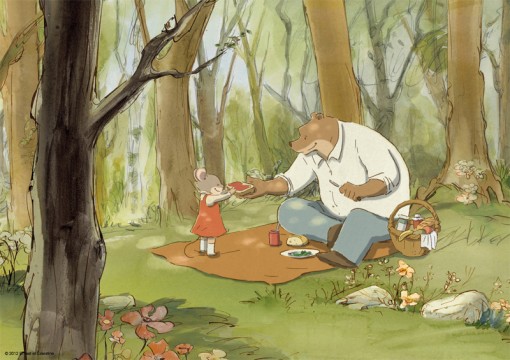