New York-based distributor GKIDS has acquired North American rights to the five part Edgar Allen Poe anthology flick Extraordinary Tales from Melusine Productions. Directed by award-winning animator Raul Garcia and featuring the voices of Sir Christopher Lee (in one of his final film performances), Bela Lugosi, Julian Sands, Roger Corman and Guillermo Del Toro, Extraordinary Tales will receive a day-and-date release in theaters and VOD on October 30. The film is screening throughout the week at the Annecy festival.

Extraordinary Tales is a film anthology of five of Edgar Allen Poe’s best-known stories, each told in a unique graphic style and featuring some of the most beloved figures in horror film history. Adapting the look and variety of a classic horror anthology, the film offers heart-pounding takes on The Tell-Tale Heart, The Pit and the Pendulum, The Fall of the House of Usher, The Facts in the Case of Mr. Valdemar, and The Masque of the Red Death, with animation inspired by sources as diverse as classic Hollywood black-and-white monster films, or the pulpy feel of EC Comics. The stories are narrated by a stable of legendary genre directors and actors, including Sir Christopher Lee, Bela Lugosi, Julian Sands, Roger Corman, and Guillermo Del Toro. The film is written and directed by Raúl García, produced by Stephan Roelants, and co-produced by Raúl García, Rocio Ayuso, Serge Ume, and Isabelle Truc. 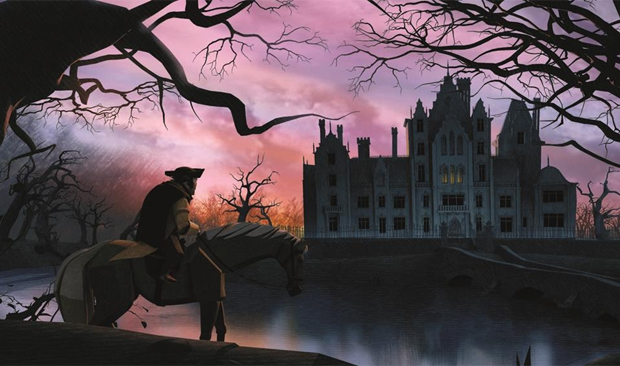