GKIDS will open both the English and French versions stateside in New York on March 25 (IFC Center) and Los Angeles on April 1 (Nuart Theater), followed by a nationwide expansion on April 8.

April and the Extraordinary World, which won Best Feature Film at the prestigious 2015 Annecy International Animation Festival, is a riveting sci-fi adventure  which takes place in an alternate steampunk world. Set in Paris in 1941, the film follows a family of scientists on the brink of discovering a powerful longevity serum. All of a sudden a mysterious force abducts them, leaving their young daughter April behind. Ten years later, April lives alone with her cat, Darwin, and carries on her family’s research in secret. But she soon finds herself at the center of a shadowy and far-reaching conspiracy, and on the run from government agents, bicycle-powered dirigibles and cyborg rat spies. 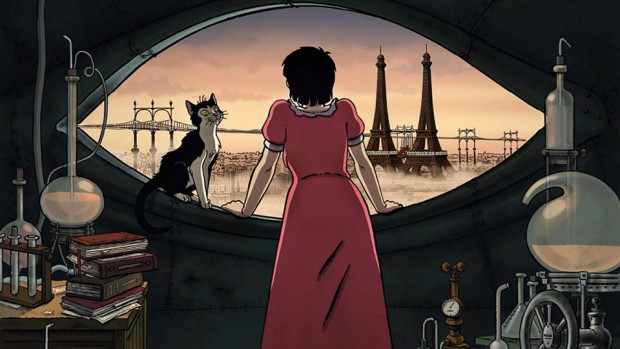