GKIDS has inked a distribution agreement with Studio Ghibli to bring the “unseen masterpiece” Only Yesterday to North America. Negotiated by Eric Beckman from GKIDS and Geoffrey Wexler from Studio Ghibli, the deal gives the New York-based distributor all theatrical, non-theatrical, home video and television rights in the region. Never before released in NorAm, GKIDS is planning a theatrical debut for early 2016 to coincide with the film’s 25th anniversary.

Only Yesterday, directed by Studio Ghibli co-founder Isao Takahata (The Tale of the Princess Kaguya), is set in 1982 and centers on Taeko, a 27-year-old single woman who has lived all her life in Tokyo. While traveling by train to visit family in the country, memories of her schooldays in 1966 flood back, and she starts to question whether she has been true to herself. Recently included in Time Out’s “Best 10 Animated Movies Ever Made,” this hidden Ghibli gem elegantly switches between Taeko’s adult present and her childhood flashbacks as Takahata brilliantly explores the drama, humor and enchantment of everyday life. 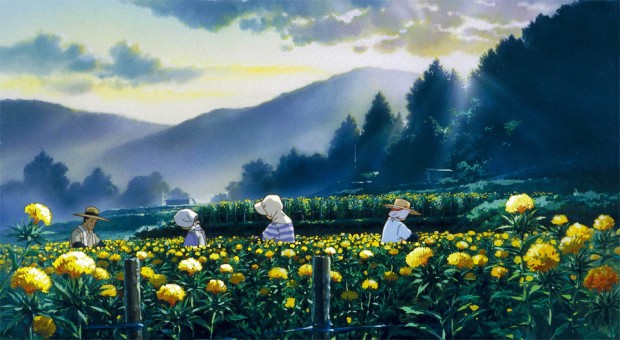