Import animation distributor GKIDS has secured North American rights for Annecy Cristal winning stop-motion feature My Life as a Zucchini (“Ma vie de Courgette”). The internationally acclaimed coming-of-age story is the first feature from director Claude Barras, based on a script by Celine Sciamma (writer-director of Girlhood and Tomboy).

The deal was negotiated by Eric Beckman for GKIDS and Nicolas Eschbach, head of sales & co-founder of Indie Sales.

The film has also been selected by the Swiss film industry to represent the country in the Best Foreign Language category for the 2017 Academy Awards. GKIDS will present an Oscar qualifying release this fall, to be followed by wide theatrical release next year.

After his mother’s sudden death, Zucchini is befriended by a police officer, Raymond, who accompanies him to his new foster home, filled with other orphans his age. At first he struggles to find his place in this at times strange and hostile environment. But with Raymond’s help and his newfound friends, Zucchini eventually learns to trust and love, as he searches for a new family of his own. 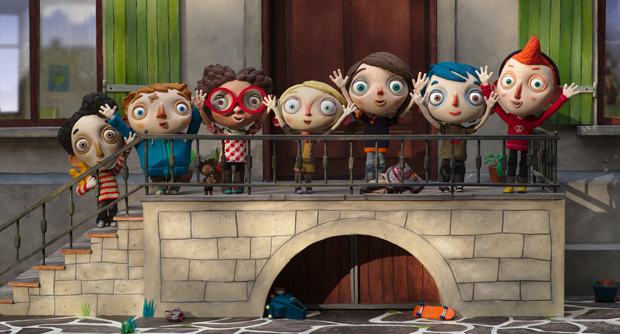