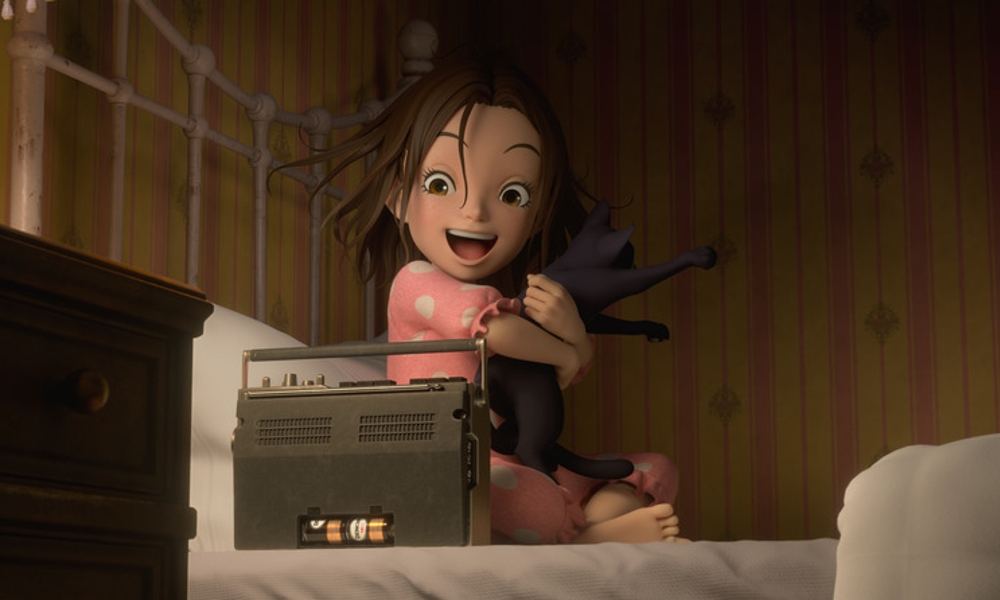 The preview also highlights the voices of the English language cast, which includes Richard E. Grant (Can You Ever Forgive Me?, Gosford Park) as “The Mandrake”, Kacey Musgraves’ first vocal acting role as “Earwig’s Mother,” Dan Stevens (Eurovision Song Contest: The Story of Fire Saga, FX’s Legion) as “Thomas” the cat, and Taylor Paige Henderson as “Earwig.”

GKIDS also released today its English subtitled version of the trailer, in the original Japanese language.

The latest film from the legendary Studio Ghibli (Spirited Away, My Neighbor Totoro, Princess Mononoke and more) is directed by Goro Miyazaki (From Up on Poppy Hill, Tales from Earthsea) and produced by studio co-founder Toshio Suzuki, with planning on the feature from Academy Award-winner Hayao Miyazaki. Based on the children’s novel by Diana Wynne Jones (Howl’s Moving Castle), the film marks Studio Ghibli’s first 3DCG animated feature.