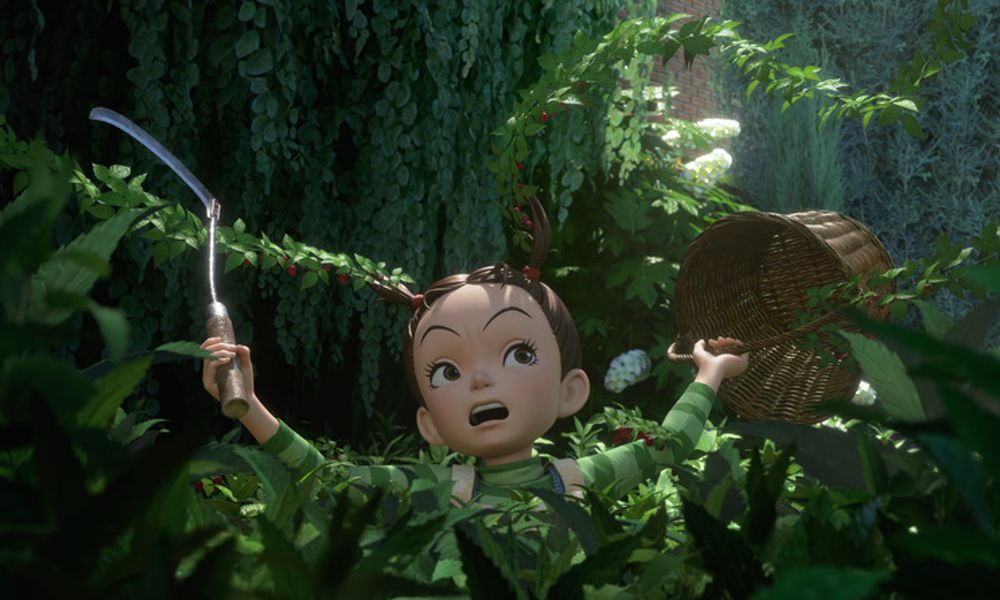 GKIDS will release Studio Ghibli’s highly-anticipated, first-ever CGI feature Earwig and the Witch in North American theaters and on U.S. streaming in early February, followed by a home entertainment release in the spring. The title will qualify for awards consideration.

Earwig will open theatrically on February 3, 2021, in both Japanese subtitled and English dub versions. The film will appear in select theaters nationwide with longtime partner, Fathom Events, as well as independent theater circuits. Starting February 5, it will be available to stream in the U.S. on HBO Max. HBO Max is the exclusive US streaming home of the Studio Ghibli catalog and Fathom Events has been a longtime partner in GKIDS’ annual Ghibli Fest events.

“We are thrilled to be bringing Goro Miyazaki’s magical new film to North American audiences next month,” said GKIDS president Dave Jesteadt. “Earwig and the Witch is the first new Studio Ghibli release in four years, and is the studio’s first foray into computer animation. Working together with HBO Max, Fathom Events, and other theatrical partners will enable GKIDS to bring this wonderful film to the widest possible audience.”

“Once again Studio Ghibli has created a visual and storytelling masterpiece, said Fathom CEO Ray Nutt. “Fathom is excited to continue our partnership with GKIDS, and bring the premiere of Earwig to theaters and fans nationwide.”

The latest film from Japan’s legendary Studio Ghibli (Spirited Away, My Neighbor Totoro, Princess Mononoke and more) is directed by Goro Miyazaki (From Up on Poppy Hill, Tales from Earthsea) and produced by studio co-founder Toshio Suzuki, with planning from Academy Award-winner Hayao Miyazaki. An official selection for the 2020 Cannes Film Festival, the film aired on NHK in Japan December 30, 2020. Based on the children’s novel by Diana Wynne Jones (Howl’s Moving Castle), the film marks Studio Ghibli’s first CGI animated feature and first feature film production in four years.