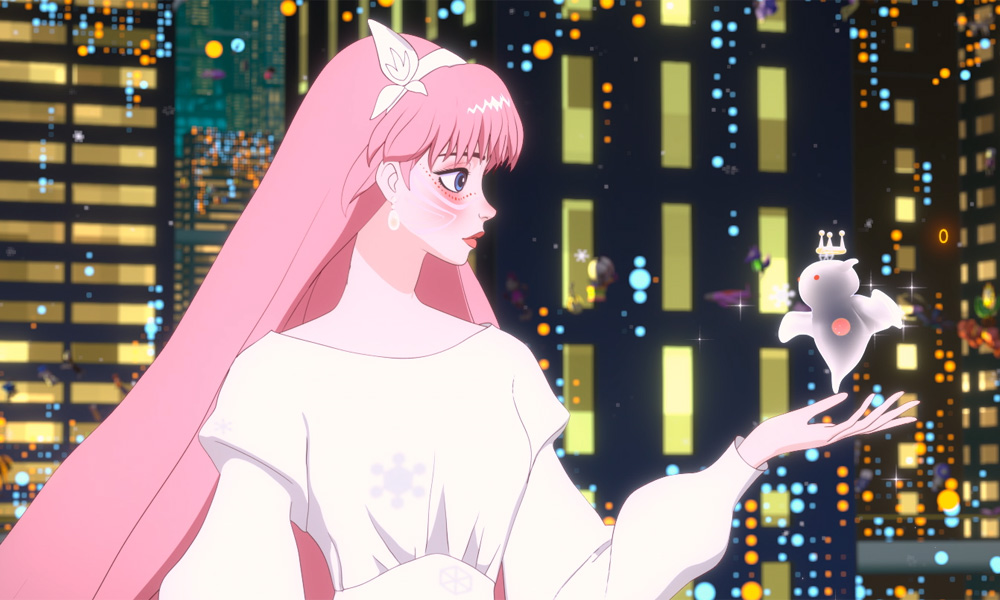 GKIDS, the acclaimed distributor of multiple Academy Award-nominated animated features, announced today it will bring Belle to cinemas nationwide starting January 14. The company marked the news with the debut of two new teaser trailers and the unveiling of several stunning images from the film.

From Oscar-nominated filmmaker Mamoru Hosoda and Japan’s Studio Chizu, Belle is an original story written and helmed by the celebrated director whose previous films include Mirai, The Boy and the Beast, Wolf Children, Summer Wars, The Girl Who Leapt Through Time and others. Hosoda is joined by long time producing partner and Studio Chizu co-founder Yuichiro Saito, as producer on the title.

Belle made its critically acclaimed world premiere at the Cannes Film Festival and its North American premiere at the New York Film Festival. The film has also played in competition at the London Film Festival, as well as at Fantastic Fest, and will have its west coast premiere in Los Angeles at the upcoming Animation is Film festival. GKIDS will qualify the film for 2021 awards consideration and release it theatrically in both its original Japanese language and a new English dubbed version.

On Belle, the Japanese creative team worked in collaboration with a roster of international talents. Character designer Jin Kim, the artist behind several iconic Disney features including Moana, Tangled and Frozen, designed the titular Belle. Cartoon Saloon’s Oscar-nominated Tomm Moore and Ross Stewart (Wolfwalkers, Song of the Sea, The Secret of Kells) also join the team, contributing artwork for the various virtual fantasy worlds within the film. Hosoda continues his film collaborations with architects, and is joined by up-and-coming British architect and designer Eric Wong, who designed the virtual world of “U.” Rounding out the team, composer Ludvig Forssell, best known for his collaborations with video game auteur Hideo Kojima (Death Stranding, Metal Gear Solid V), joined the score team for the film.

Belle was released in theaters in Japan starting July 16, and has become Hosoda’s highest-grossing film ever, beating the lifetime gross of Boy and the Beast.

Suzu is a shy, everyday high school student living in a rural village. For years, she has only been a shadow of herself. But when she enters “U”, a massive virtual world, she escapes into her online persona as Belle, a gorgeous and globally-beloved singer. One day, her concert is interrupted by a monstrous creature chased by vigilantes. As their hunt escalates, Suzu embarks on an emotional and epic quest to uncover the identity of this mysterious “beast” and to discover her true self in a world where you can be anyone.

Read more about the film in the December ’21 issue of Animation Magazine (No. 315), which opens our Awards Season coverage. Available soon.