Following its well received New York Int’l Children’s Film Festival premiere, French animated feature April and the Extraordinary World will open publicly in New York City on March 25. Released in the U.S. by GKIDS, April will then expand to theaters nationwide on April 8.

Paris, 1941. A family of scientists is on the brink of discovering a powerful longevity serum when all of a sudden a mysterious force abducts them, leaving their young daughter April behind. Ten years later, April lives alone with her dear cat, Darwin, and carries on her family’s research in secret. But she soon finds herself at the center of a shadowy and far-reaching conspiracy, and on the run from government agents, bicycle-powered dirigibles and cyborg rat spies. Undaunted, she continues her quest to find her parents and discover the truth behind their disappearance. 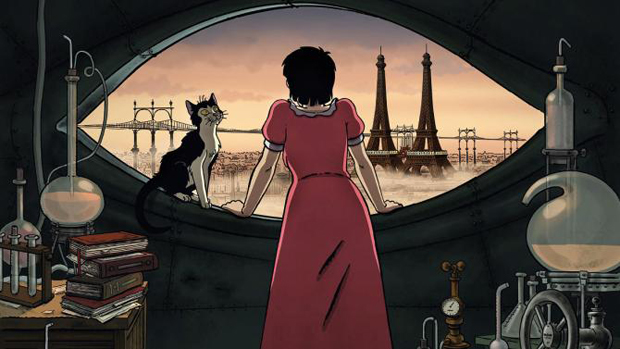