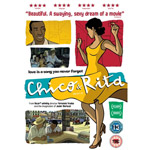 The film made its world premiere at Telluride Film Festival, was an official selection at Toronto International Film Festival, and has been released to wide acclaim in the UK, France, and Spain. It will be qualifying for the Oscars in the Best Animated Feature category with a Los Angeles qualifying run December 2011, followed by U.S. theatrical release in early 2012. The film will be released by GKIDS under the new Luma Films banner for adult animation.

“Chico & Rita is a stunning, vibrant film, and a testament to the ongoing resurgence of animation as an art-form for adult audiences,” says GKIDS president Eric Beckman. “This is a passionately sexy love story with a red-hot soundtrack, as well as a shimmering postcard to old Havana and bebop-era New York. With this pickup GKIDS continues to deepen its focus on unique stories and Oscar-caliber animation from some of today’s most creative visionaries.”

Fernando Trueba and Spanish designer Javier Mariscal celebrate their passion for the music and culture of Cuba with an epic story of love, passion, and heartbreak. Set in Cuba in 1948. Chico is a young piano player with big dreams. Rita is a beautiful singer with an extraordinary voice. Music and desire unite them, but their journey – in the tradition of the Latin ballad, the bolero – brings heartache and torment, as they chase their dreams and each other from Havana to New York to Paris and Las Vegas. The movie features an original soundtrack by legendary Cuban pianist composer Bebo Valdés, as well as animated cameos by Thelonious Monk, Charlie Parker, Cole Porter, Dizzy Gillespie, Woody Herman, Tito Puente and Chano Pozo. 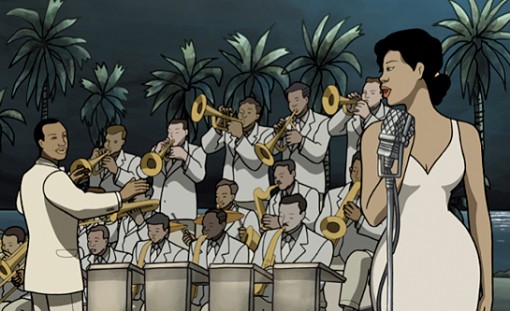 Tomm Moore’s Oscar-nominated The Secret of Kells, Michel Ocelot’s Azur & Osmar and Nina Paley’s Sita Sings the Blues are some of GKIDS’ top releases in recent years. The studio will also release A Cat in Paris and Michel Ocelot’s 3D Tales of the Night in 2012. The distributor also picked up the rights for Hayao Miyazaki’s Studio Ghibli’s library of films, including Spirited Away, My Neighbor Totoro and Princess Mononoke.  GKIDS also produces the New York Int’l Children’s Film Festival, North America’s largest festival of film for children and teens.

Oscar analysts are hoping that the addition of the movie to the list of 2011’s animated titles will bring the magic number to 15, thus allowing four nominees in the Best Feature race.