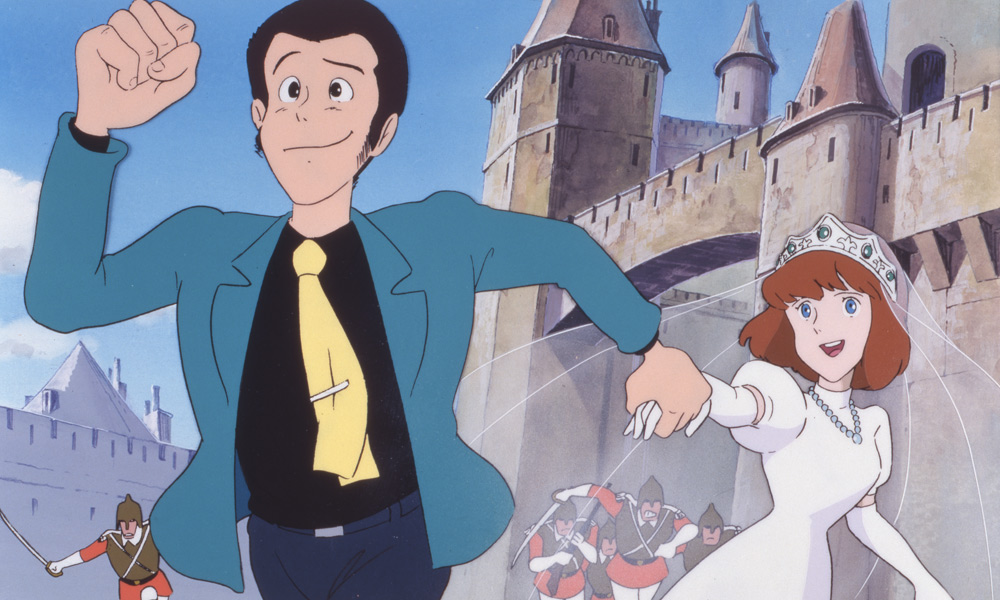 GKIDS has acquired the North American theatrical distribution rights for Lupin the 3rd: The Castle of Cagliostro, the 1979 feature film debut from acclaimed director Hayao Miyazaki, from TMS Entertainment. GKIDS will release the anime classic theatrically in both Japanese and an English language dub this month.

The film will screen in an all new 4K restoration starting July 16 at the IFC Center in New York City, and July 30 at The Landmark Westwood in Los Angeles and The Roxy Theater in San Francisco, with additional dates and markets to follow.

The Lupin the 3rd franchise, from original creator Monkey Punch, began in 1967 and has spanned a variety of manga, TV, game, theme park ride, and musical adaptations. Leading up to his feature directorial debut on Lupin the 3rd: The Castle of Cagliostro, Miyazaki and fellow Studio Ghibli co-founder and Oscar-nominee Isao Takahata directed various episodes of the first installment of the anime series Lupin the 3rd Part 1, which celebrates its 50th anniversary this year.

Synopsis: In the twilight of his career, master thief Lupin III’s latest and greatest caper has hit a snag. What should’ve been bags of cash from a national casino turns out to be expert counterfeits! Together with his partner-in-crime Jigen, Lupin heads to the remote nation of Cagliostro to exact revenge. Not everything goes as planned; the two encounter Clarisse, a royal damsel in distress being forced to marry the sinister Count Cagliostro against her will. Saving her won’t be easy, however, as Lupin and Jigen — together with the unpredictable lady thief Fujiko and the swordsman Goemon — must fight their way through a trap-filled castle, a deadly dungeon, and an army of professional assassins! Can Lupin rescue Clarisse, evade the cuffs of his long-time nemesis Inspector Zenigata, and uncover the secret treasures of the Castle of Cagliostro?

The film is directed by Miyazaki and written by Miyzaki and Haruya Yamazaki. 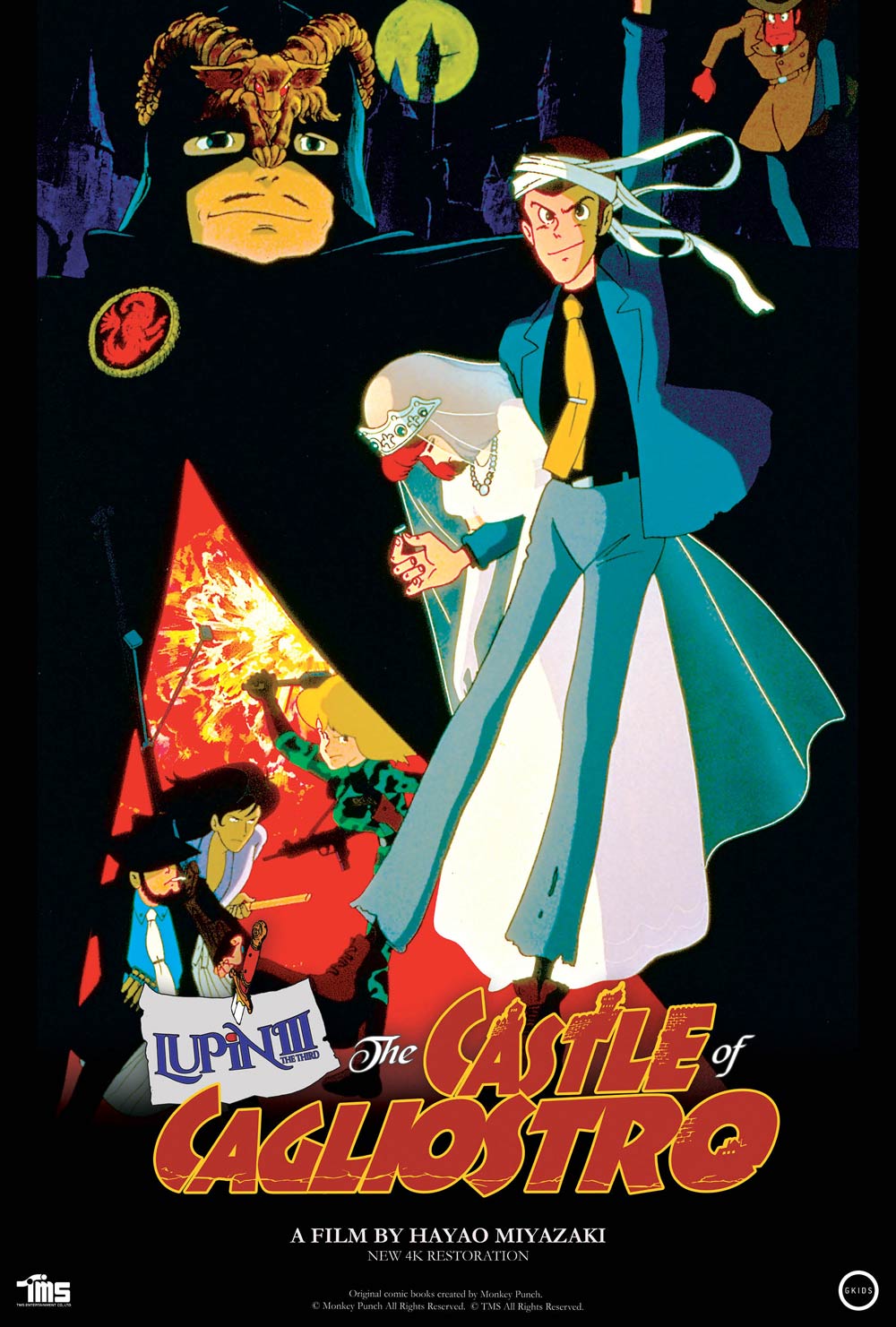