GKIDS has picked up the North American distribution rights for the forthcoming animated feature Mune: The Guardian of the Moon, a vibrant fantasy directed by Alexandre Heboyan and Benoît Philippon. The new French film from the producers of The Little Prince will be released theatrically in 2017 in a new English-language version. Mune was sold by co-producer Kinology.

“GKIDS has always championed international storytellers using the animation medium in new and exciting ways,” said David Jesteadt, GKIDS’ SVP of Distribution. “We are proud to share the beautiful, bold world and rich mythology that infuse every frame of Mune: Guardian of the Moon with audiences nationwide.”

Released in theaters and at festivals in multiple territories throughout 2015 following its premiere at Forum des Images ’14, Mune won the Young People’s Jury Award at the TIFF Kids International Film Festival and Best Film at the Tokyo Anime Awards. Composer Bruno Coulais was nominated for Soundtrack Composer of the Year at the World Soundtrack Awards for his work on the score.

As legend has it, the first Guardian of the Sun threw a harpoon into the cosmos and roped the sun to bring light and warmth to all of humanity. Then the Guardian of the Moon lured the moon to the Land of Darkness to provide a balance to the sun and supply the world with dreams. At a momentous ceremony to appoint the two new guardians, an accident seems to occur; the heir apparent is passed over, and the title Guardian of the Moon is bestowed on the waif-like Mune, a small and frightened forest faun who seems wholly unprepared to take on such a weighty responsibility. This news excites Necross, the nefarious ruler of the Underworld, a corrupted ex-guardian who decides to take advantage of Mune’s weakness and steal back the sun for himself. Now it is up to unlikely hero Mune and his friend Glim – a headstrong young girl with wax for skin – to save the sun and restore order to the world. 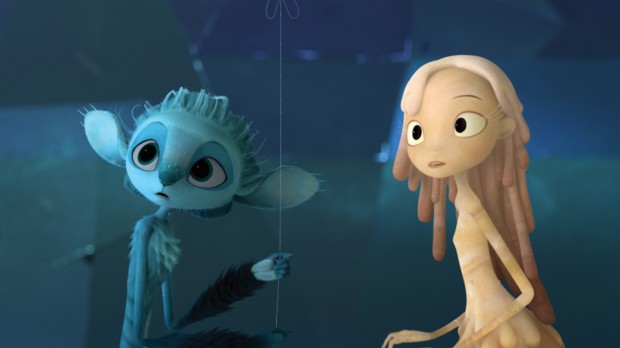 Mune: The Guardian of the Moon