North American theater-goers will have a chance to see Studio Ghibli co-founder Isao Takahata’s (Grave of the Fireflies) first new feature in 14 years as New York-based distributor GKIDS plans a late 2014 release (and Awards submissions, of course) for The Tale of Princess Kaguya. The deal was negotiated by GKIDS’ Eric Beckman and Studio Ghibli’s Geoffrey Wexler and sees GKIDS take all theatrical, non-theatrical, home video and television rights for the U.S. and Canada.

Based on the classic Japanese folktale “The Tale of the Bamboo Cutter,” Princess Kaguya centers on a tiny girl found inside a shining stalk of bamboo who grows up into an exquisite young lady under the care of the bamboo cutter and his wife. From the countryside to the grand capital city, she enthralls all who encounter her — including five noble suitors. But fate will see her punished for her crime … The film is nominated for the 2014 Japan Academy Prize for Animation of the Year and won the Animation Film Award at the Mainichi Film Awards; on top of grossing over 2.31 billion yen (approx. $22.5 million US) at the Japanese box office.

Wexler and Ghibli are producing the English-language version of the film, with Frank Marshall of Kennedy/Marshall executive producing, which has handled English versions of Ghibli Films for GKIDS and Disney like Oscar-nominated The Wind Rises, From Up on Poppy Hill and The Secret World of Arrietty. 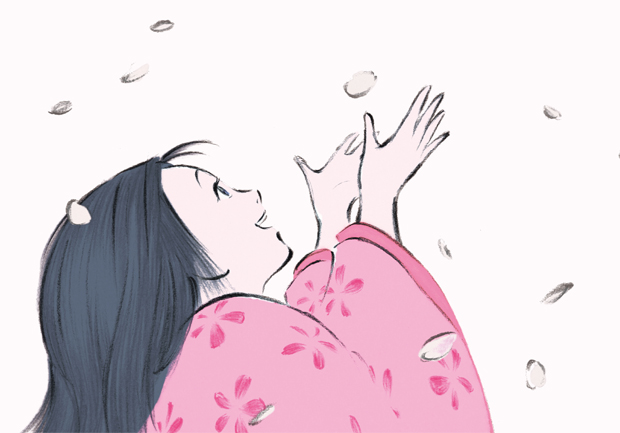 You may also like...
Related Topics:Disney, Eric Beckman, Frank Marshall, From Up on Poppy Hill, Geoffrey Wexler, Ghibli Films, Gkids, Grave of the Fireflies, Isao Takahata, Kennedy/Marshall, Mainichi Film Awards, Studio Ghibli, The Secret World of Arrietty, The Tale of Princess Kaguya, The Tale of the Bamboo Cutter, The Wind Rises