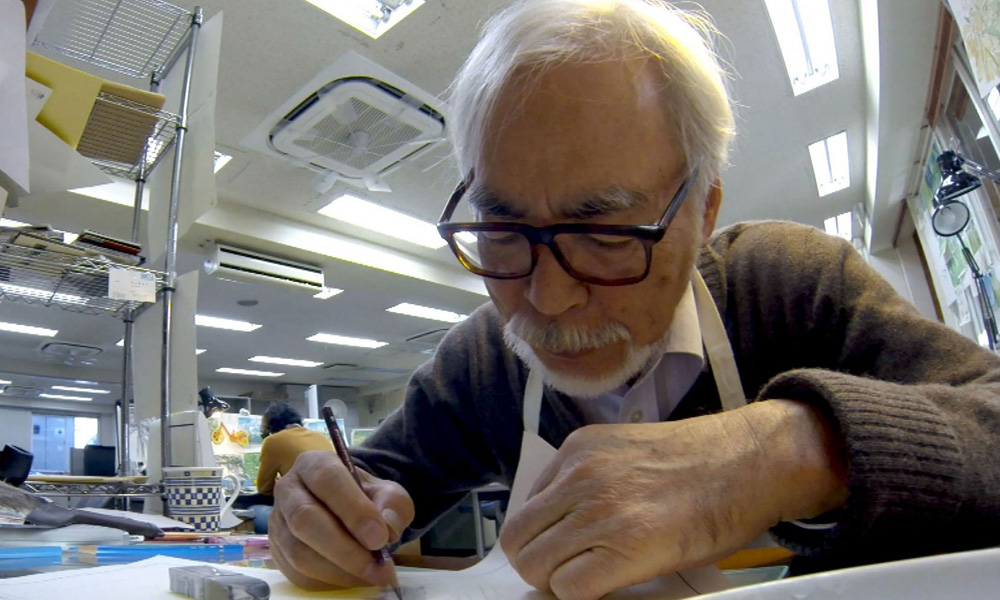 GKIDS has picked up North American distribution rights for the documentary feature that goes behind the doors of the famed Ghibli studio and peers into the mind of its most celebrated director, Never-Ending Man: Hayao Miyazaki. The film, directed by Kaku Arakawa, will arrive in theaters this winter.

Originally released last year, Never-Ending Man: Hayao Miyazaki follows the Oscar winning, not-quite-retired director and animator as he turns his talents to CG for the first time. Miyazaki co-founded Studio Ghibli in 1985, and has directed many of the films that have made the shop a respected name worldwide, including Castle in the Sky, My Neighbor Totoro, Princess Mononoke, 2003 Best Animated Feature Academy Award winner Spirited Away, Howl’s Moving Castle, Ponyo and The Wind Rises.

“GKIDS is excited to be able to share this intimate, unfiltered, and incredibly insightful look at Studio Ghibli co-founder Hayao Miyazaki, at home and in the studio, as he struggles to complete his latest film,” says GKIDS CEO Eric Beckman. “Spending this much face time with Miyazaki is a rare treat, for fans and non-fans alike, as we witness in real time the passions, frustrations, irritations, and childlike enthusiasm of an acknowledged legend, acutely aware that he may be creating his final work, and striving to make something vital. More than a portrait of a filmmaker, the film is a window into the life, philosophy and essence of an artist in the act of creation.”

The all-rights deal was negotiated by Beckman and Akiko Nakano of NHK Enterprises Inc.

Synopsis: In 2013, film director and animator Hayao Miyazaki suddenly announced his retirement at the age of 72. But he couldn’t shake his burning desire to create. After an encounter with young CGI animators, Miyazaki embarked on a new endeavor, his first project ever to utilize CGI. But the artist, who had been adamant about hand-drawn animation, confronted many challenges. The film even faces the danger of being cancelled. Can an old master who thinks he’s past his prime shine once again? This program goes behind the scenes over two years as Miyazaki overcomes struggles to create his short film using CGI.