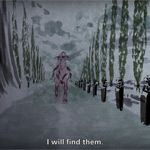 Auteur filmmaker Sébastien Laudenbach’s Brothers Grimm adaptation The Girl without Hands will receive Oscar-qualifying cinema runs through GKIDS, which picked up the rights last year. Openings are set for July 21 at the IFC Center in New York City, and August 4 at the Laemmle Music Hall in Beverly Hills, California.

A true labor of love, Laudenbach hand-animated the haunting tale with paint on paper, crafting each still in chronological order in a driven, improvisational one-man production push for his feature debut. This hard work has paid off, with a premiere in Cannes’ ACID section, César Award nomination for Best Animated Feature, and both the Jury Prize and Best French Film honors at the 2016 Annecy fest — as well as the André-Martin Award for Best French Feature Film special prize this year. The film has also been recognized with top prizes at Anim’est, Bucheon and Tokyo Anime Awards.

Synopsis: In hard times, a miller sells his daughter to the Devil. Protected by her purity, she escapes from the Devil who, in revenge, deprives her of her hands. So begins her long journey towards the light… but in spite of her resilience and the new protection of a handsome prince’s estate, the Devil devises a plan of his own.

The Girl without Hands was produced by Les Films Sauvages, in co-production with Les Films Pelléas and with the support of CNC and ECLA – Aquitaine’s innovation fund. 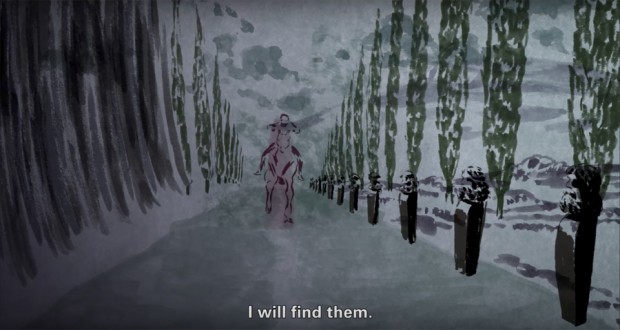