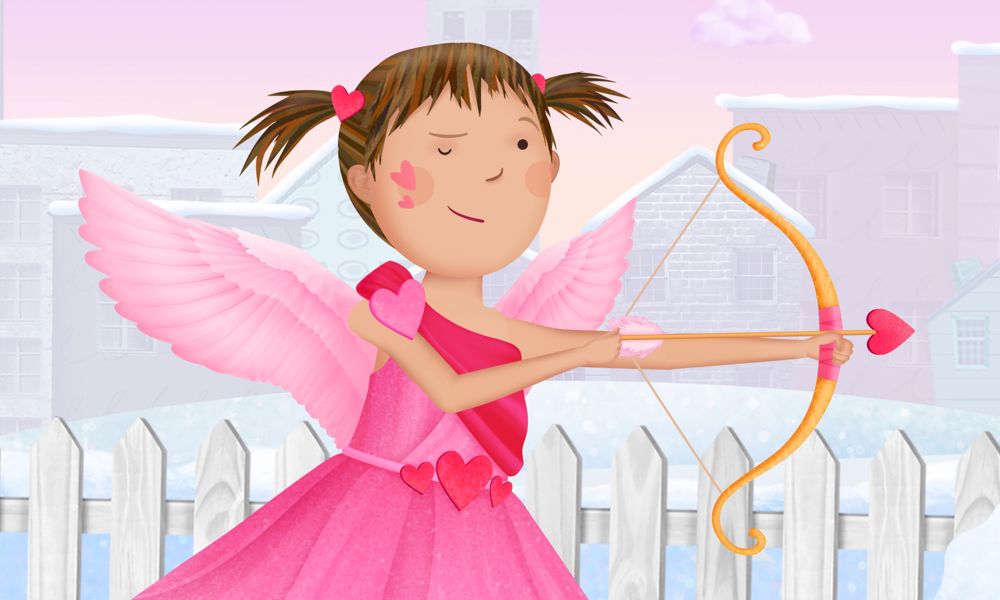 Valentine’s Day is just around the corner, and kids’ favorite toons are feeling the love! Both Gigantosaurus (Disney Junior) and Pinkalicious & Peterrific (PBS KIDS) will premiere special episodes themed to the affectione holiday on February 8.

It’s Togetherness Day in Cretacia, and Tiny tries to get Giganto to join her and her besties in some activities to show how much they care. But Giganto seems to be more interested in watching heart-shaped clouds. So Tiny tries using Giganto’s favorite shape to lure him into flying kites, swimming at the lake, and having a moss picnic, but nothing seems to work. Maybe Giganto doesn’t care about them after all. But when the four little dinos get in trouble with some scorpions, Tiny realizes that protecting them is how Giganto shows he cares.

The holiday episode is followed by “Guardians of the Herds” – The little dinos discover that Trey and Hegan have started a dino protection service in Cretacia called Guardians of the Herds! Rocky his friends apprentice as Guardians-in-Training, but Rocky wants to do more heroic dino-saving stuff and less preventing danger from actually happening. When Rocky doesn’t do his job properly, he causes some real Giganto-sized danger to Cretacia – but can he stop it?

Pinkalicious & Peteriffic inspires children to delve into music, dance, theater and the visual arts, encouraging them to express themselves creatively. Based on the best-selling books by Victoria Kann, the series follows the adventures of Pinkalicious and her brother Peter as they explore the town of Pinkville with their friends. Together, they find creative opportunities and imaginative solutions to problems, encouraging young viewers to do the same.