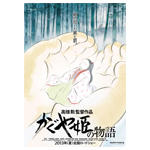 Studio Ghibli’s latest animated feature–and the first to be released following anime legend Hayao Miyazaki’s retirement–The Tale of Princess Kaguya (Kaguya-hime no Monogatari) opened in Japan this weekend, claiming the top box office spot by taking in 284 million yen ($2.8 million) over two days from 456 screens, according to The Hollywood Reporter.

Based on a 10th century story credited as one of the earliest examples of Japanese fiction, Tale of the Bamboo Cutter, the film is directed by Ghibli co-founder Isao Takahata and tells te story of a tiny baby from the moon discovered inside a stalk of glowing bamboo. Animated in a style reflecting ancient Japanese ink brush techniques, Kaguya is 78-year-old Takahata’s first feature directing effort in 14 years.

While Kaguya‘s No. 1 opening is a boon for Ghibli, it’s no competition for the performance of Miyazaki’s final film The Wind Rises, which raked in $9.6 million during its July opening weekend and lorded over the national box office for the summer. 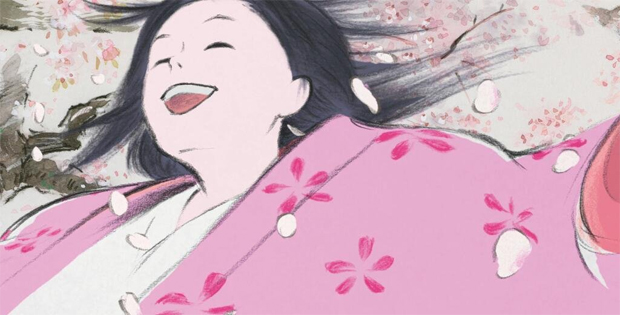 The Tale of Princess Kaguya (Kaguya-hime no Monogatari)

You may also like...
Related Topics:Hayao Miyazaki, Isao Takahata, Kaguya-hime no Monogatari, Studio Ghibli, Tale of the Bamboo Cutter, The Tale of Princess Kaguya, The Wind Rises

‘Family Guy’ — Oh No, They Killed Someone!
Amazon Offers Day of Nickelodeon Deals