A first trailer for The Red Turtle — the new Studio Ghibli co-production project directed by Oscar winner Michael Dudok de Wit (Father and Daughter) — has arrived, ahead of the film’s Annecy premiere next month. And, of course, it is a stunning example of what happens when hand-crafted animation artistry meets the careful application of technology.

The Red Turtle follows a man stranded on a desert island, whose attempts to escape are thwarted by a giant red-backed turtle — perhaps for the best. The screenplay is co-written by Dudok de Wit and Pascale Ferran (Lady Chatterley, Bird People). The film is a co-production of Studio Ghibli, Wild Bunch, Why Not Productions, Belvision, Arte France Cinema and CN4 Productions, with Prima Linea overseeing the animation. 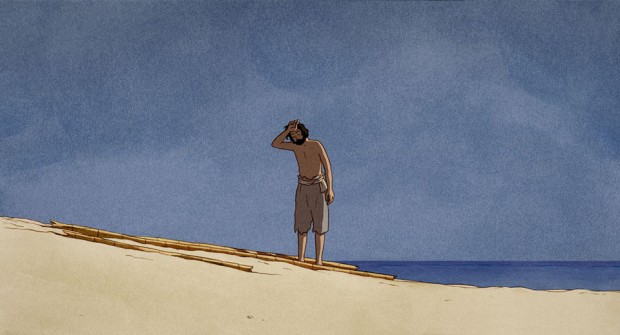