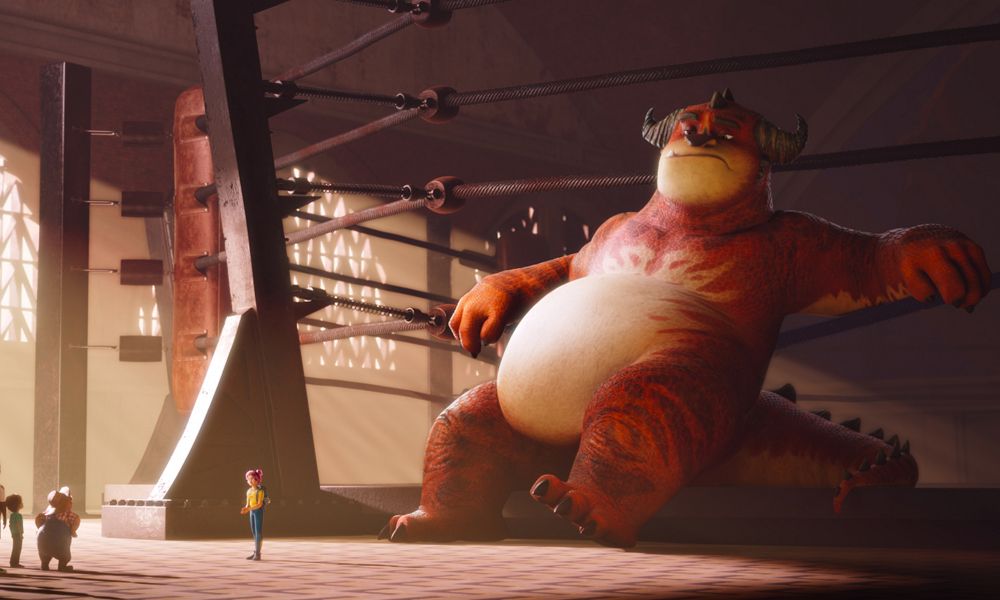 Paramount is getting pumped up for the release of Rumble, a supersized animated family comedy produced by Reel FX / Walden Media and entering the box office ring in association with WWE Studios. In the newly debuted trailer, we get our first look at the larger-than-life world of monster wrestling, meet one of the superstar monsters and are introduced to teenage wannabe trainer Winnie and the loveable underdog monster she wants to transform into a champion. 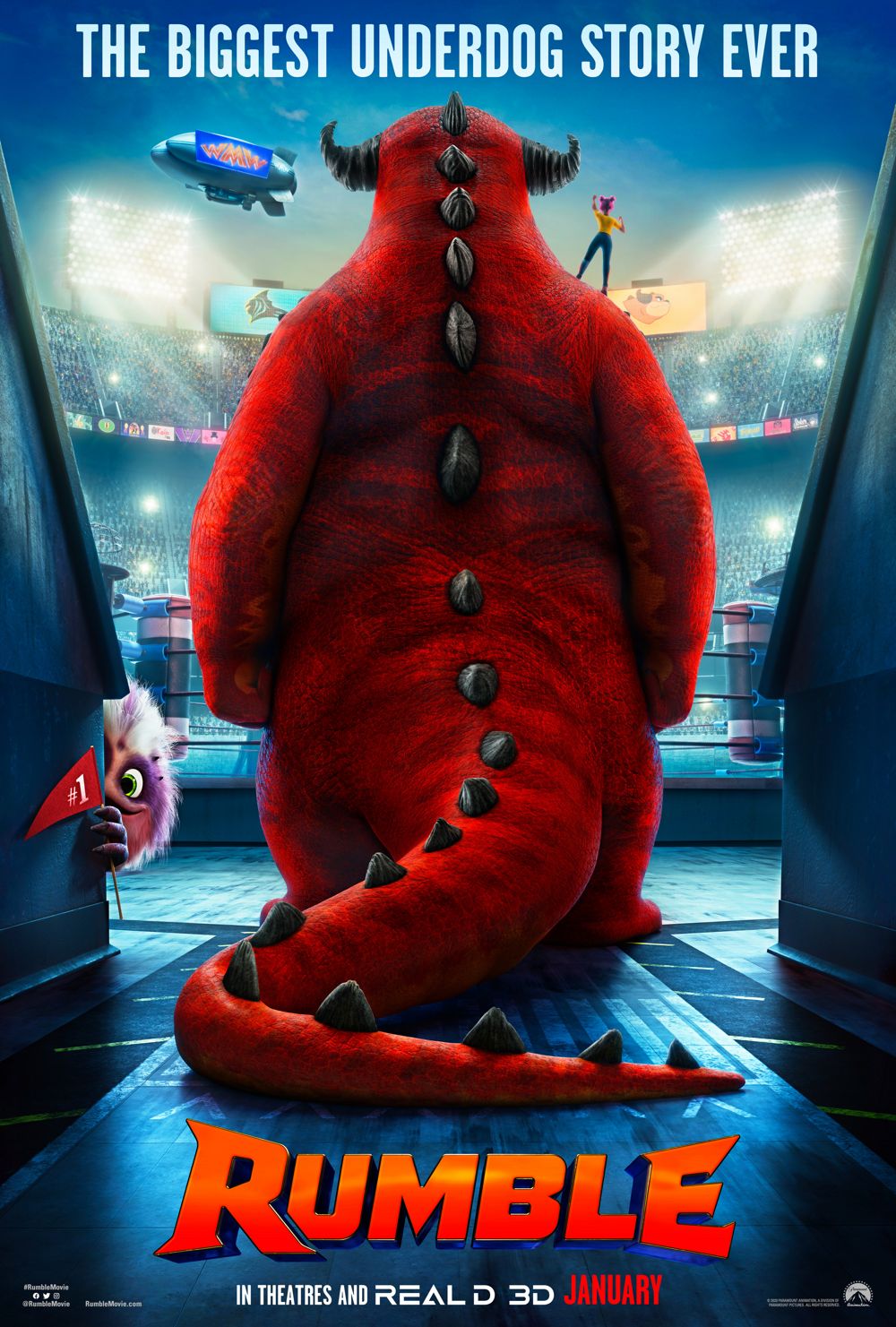